The worldwide played game, Clash of Clans layout is based on the theme of destroying the opponent clan and building an effective village layout for yourself. With the Best TH10 Hybrid Bases, it will help you to stay protected for a longer period. The design of the base layout depends on the mode you want to play on. There are four modes, the player can play with. Two of them are war base layout and farming base layout.

Here in this best town hall 10 hybrid base guide, you will find some amazing options of the best th10 hybrid bases for your clan. If you want to play with hybrid mode, then below base options below will be best to go with it.

Here we have mentioned some of the amazing hybrid base designs for your clan. This best th10 hybrid base has a town hall in the center with some resource towers and defense towers surrounding it. The clan is divided into separate sections; more sections mean more secure your clan is. As each section is covered with a hard wall that protects the clan from opponents. It is a square-shaped hybrid base, that has an outer layer made up of the hard wall. Outside the hard wall, a heavy army is placed for securing the clan from attack. 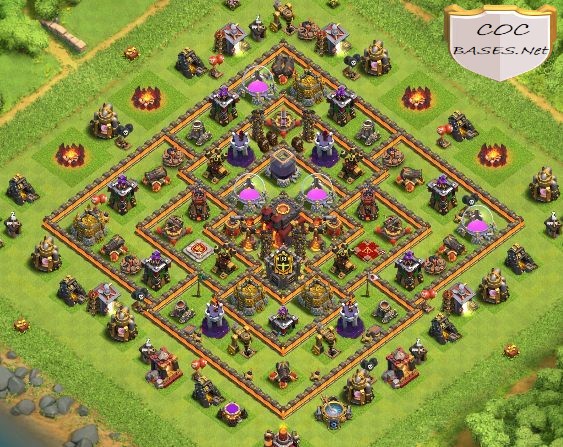 This base option is for hybrid mode, which means the best strategy is used to maintain the resources as well as security of the town hall. The town hall is centralized with a heavy army in this best th10 hybrid base. The clan contains small compartments that are filled with equally divided defense towers and resource buildings. Most of the resource towers are placed inside the clan so troop is saving from loot. The outer army layer is placed for extra safety. 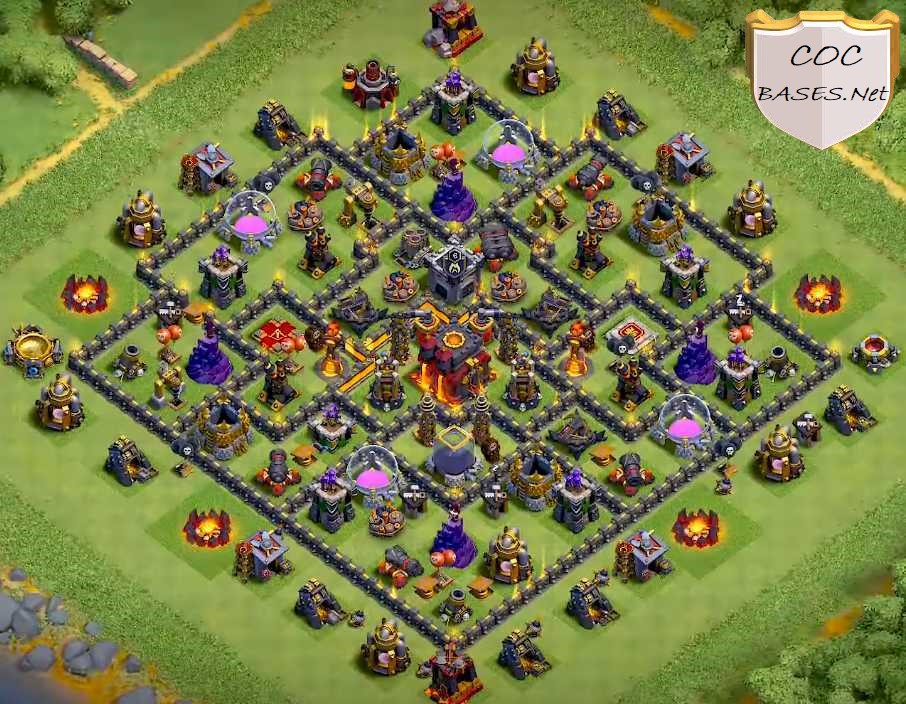 This design is the same as the above-shown design, just the difference lies in the placement of defense buildings, resource towers, and army buildings. The compartment size and number is also different, this best th10 hybrid base has more number of sections. The town hall is centralized with the clan castle and Archer Queen Altar. Each section is packed with a hard wall for the extra safety of the clan. The clan contains an extra outer layer of defense buildings. 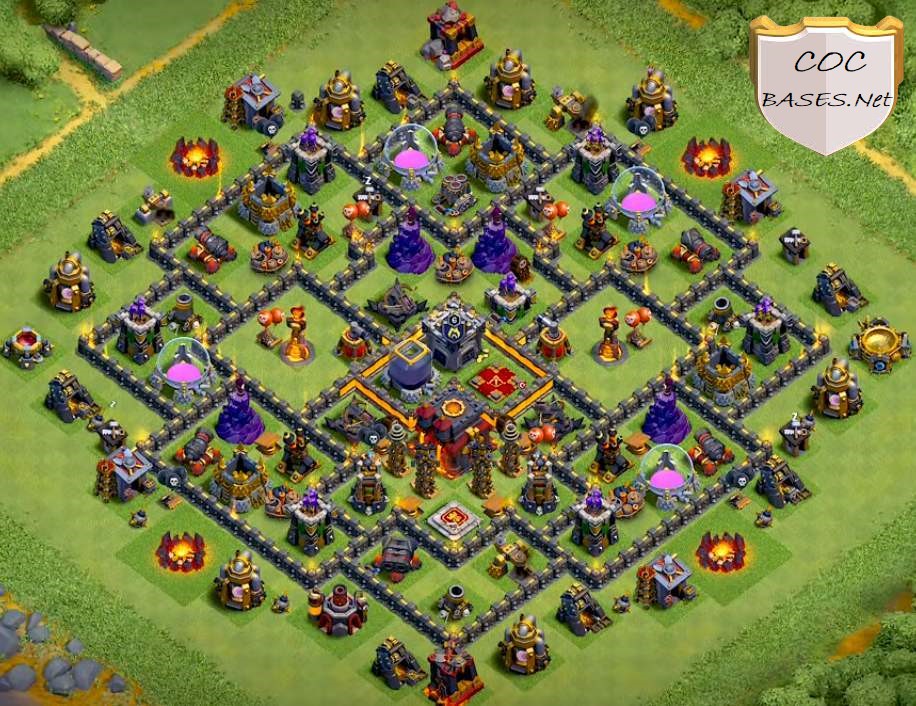 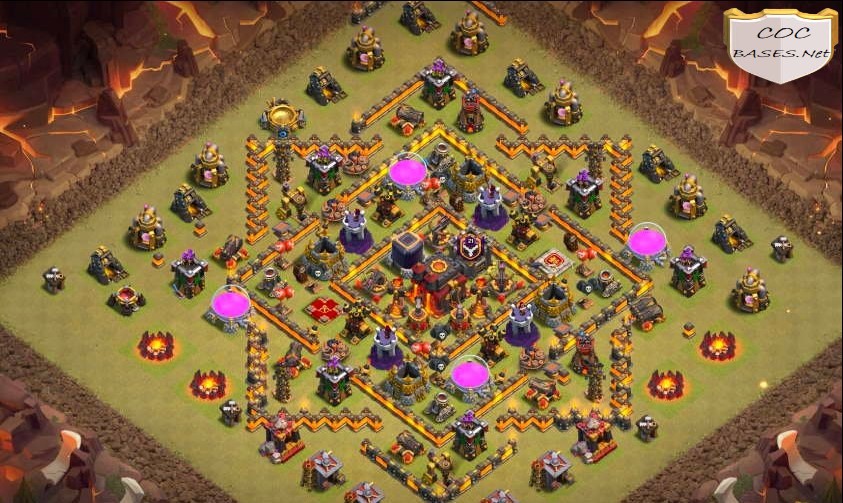 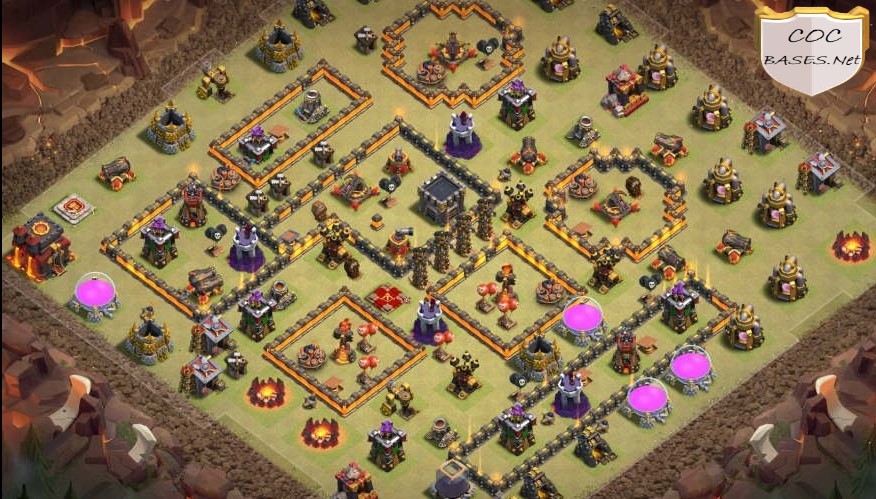 Best Th10 Hybrid Base Anti Everything

In beginning, the player finds it hard to build the best th10 hybrid base with fewer army and defense buildings. As they find, the less equipped clan is easy to be destroyed. The town hall is centralized in this amazing hybrid base layout. The section containing the town hall is secured from four corners with four separate sections. The four-section contains defense building so that opponent finds it hard to enter the clan. Most of the important resource towers are kept inside the clan, to avoid the loot in the troop. 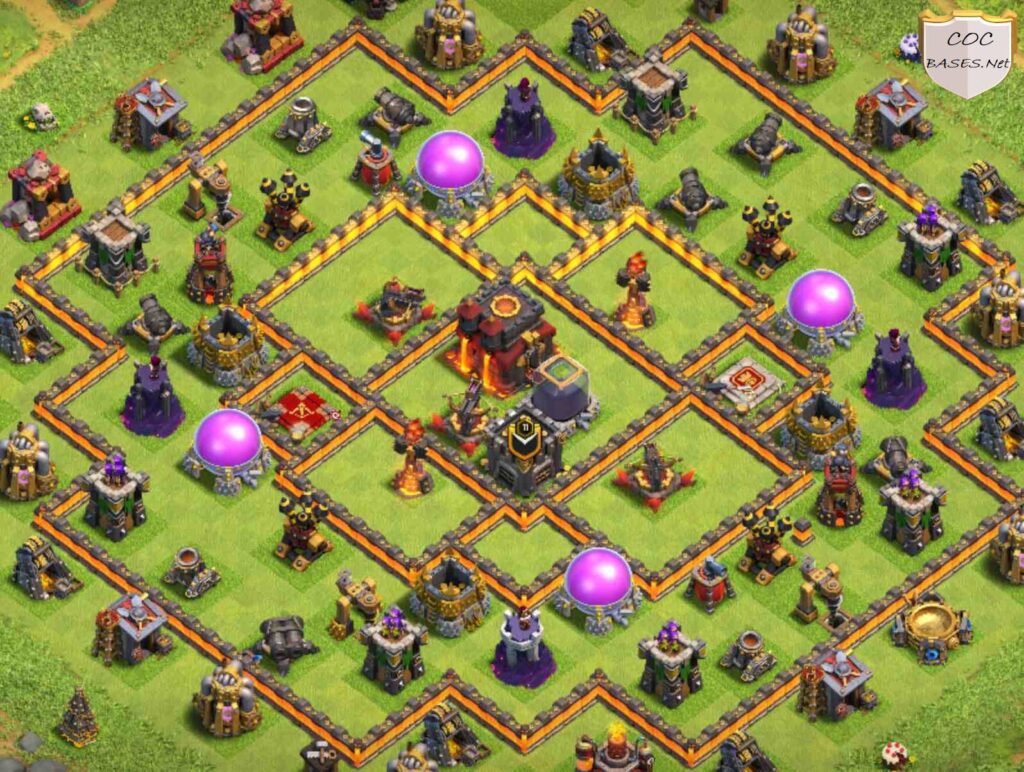 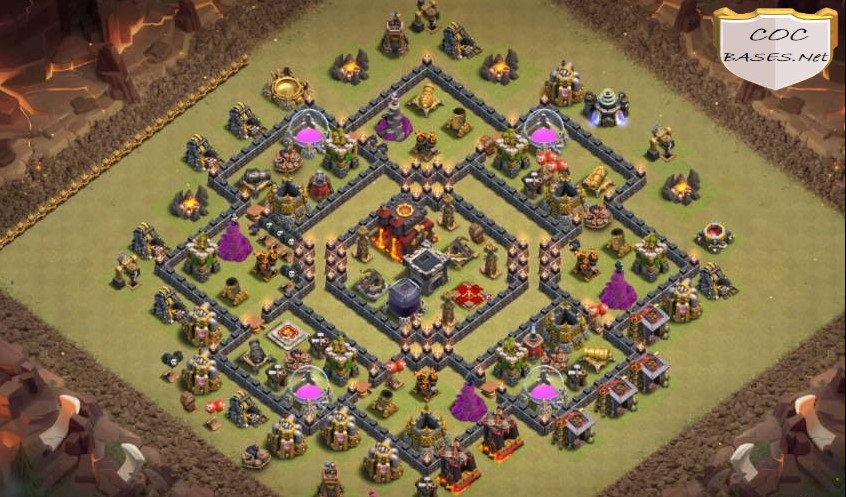 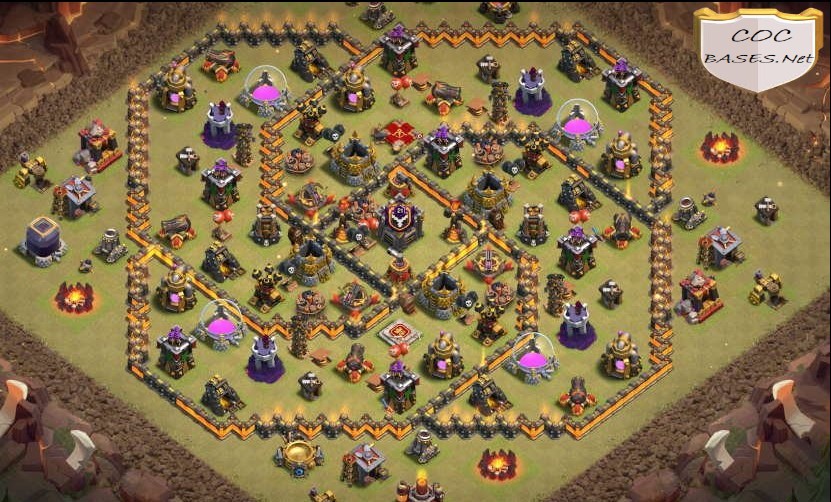 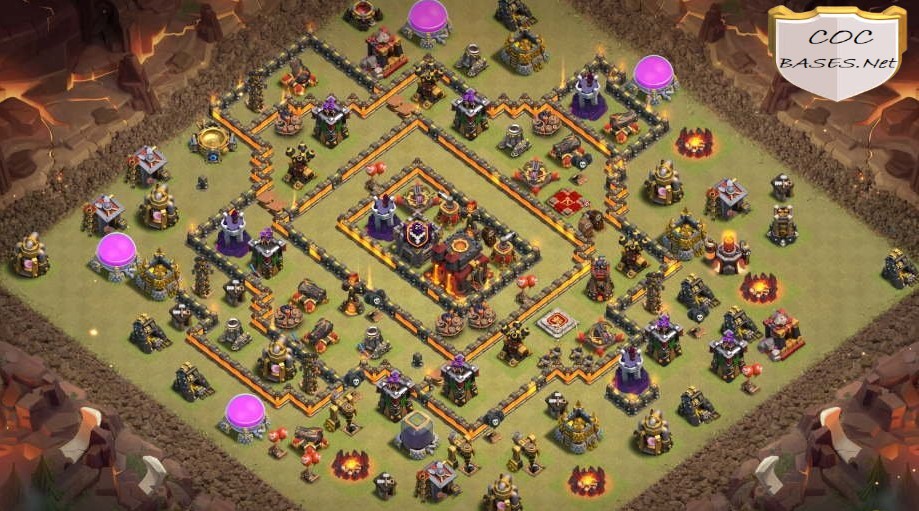 TH10 Hybrid Base no Inferno Towers

Another option, for players who have fewer buildings to build the best th10 hybrid base for their game clash of clan. This base has a central section, containing a town hall and clan castle. This section is surrounded by two small sections containing a defense army and a big section containing resource towers, Archer queen altar, barbarian king alters, cannon towers, air-defense tower, x-bows, and mortar. 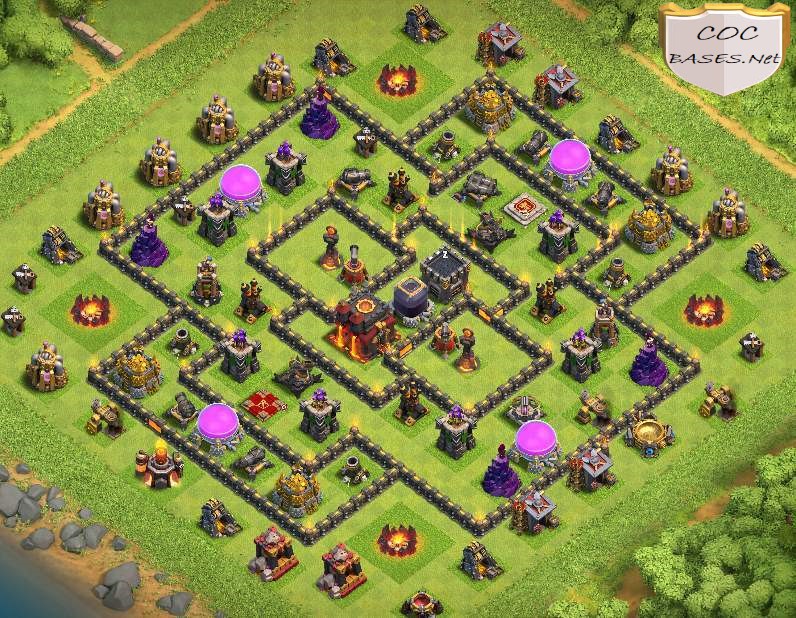