If you are looking for the best guide to give tips and strategies to make your base effective. Then you are at the right site, the best th9 base links. At the initial stage, the players find it difficult to build the hardest base for their opponents. And they choose to copy the base from different online sites, which is the wrong path. At first, you may find it difficult but after time you will become an expert at making bases.

There are some basic tactics like the placement of buildings, compartments, unlocking of towers list, etc. To make the best th9 Bases Links, your base must be defensive as well as best for attacking. Make a list of priority upgrades, to play effectively. Once you have entered the town hall9, new heroes, the priority to upgrade must be elixir and dark elixir. Then you can upgrade the lab and after that army camp and troop is very important. In th9 clashe of clan, the archer queen alters & barbarian king alter are best.

Here in this best th9 Bases Links guide, we have shared some amazing techniques to build the most effective th9 bases link. There are different base links with different themes, you will find strategies to build the basic layout for all the themes.

This is a rectangular-shaped base layout, which is further divided into small compartments. The clan tower is placed in the center of the heavy defense army. The resource towers are kept outside the main wall of the best th9 base link. This is the base design for the war zone. The defense towers and army buildings are placed inside the compartments of the base layout. The archer queen alter is also a place with mortar and air-defense buildings. In the outer layer, there are small bombs, resource towers, army camps, and cannon towers. 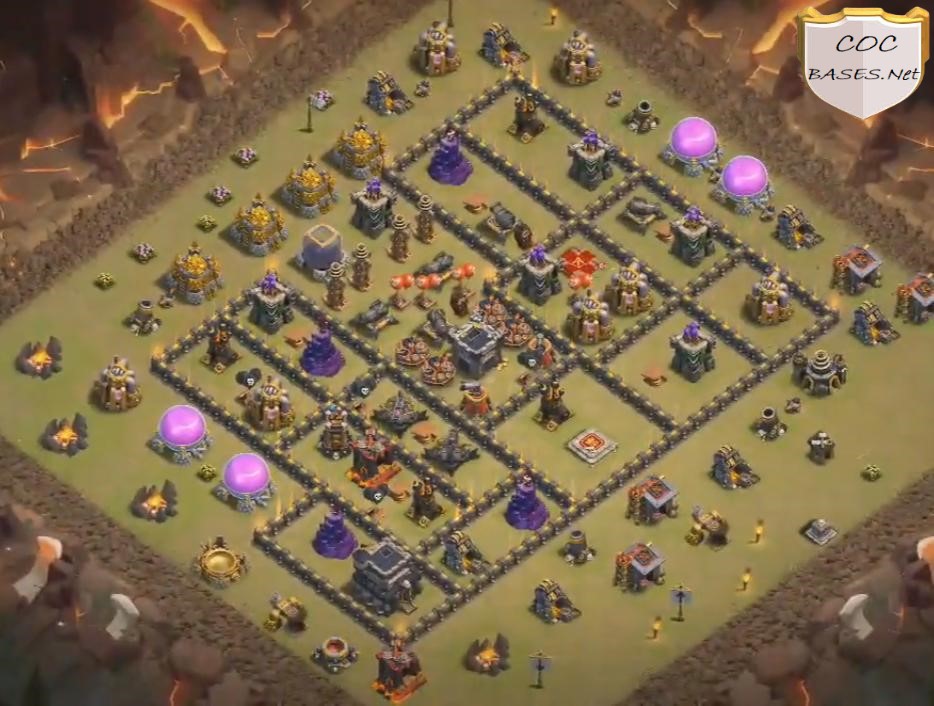 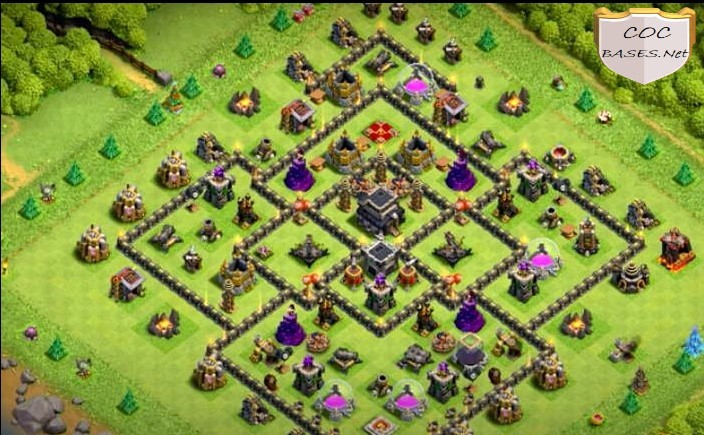 Clash of Clans Level 9 Base 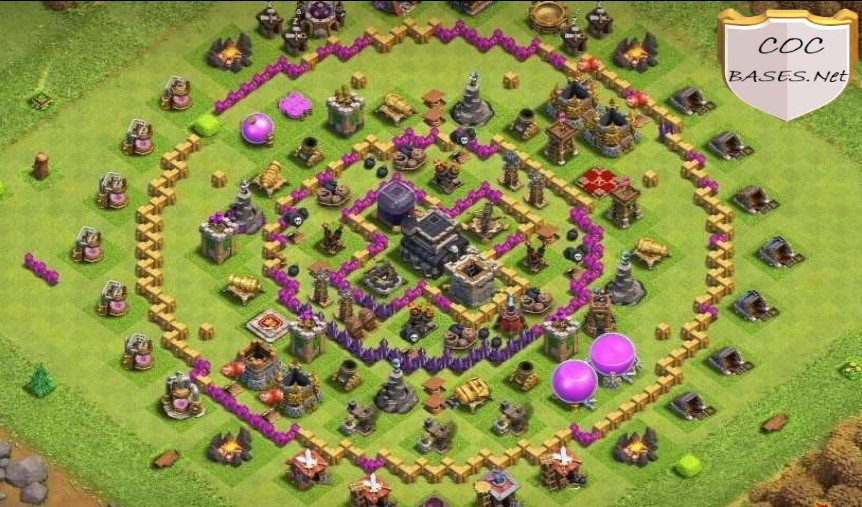 TH9 Base without Xbows Link

This is one of the best th9 bases links, which is very unique in its way. Most of the bases have an outer wall within which all the buildings are placed. But this th9 base layout design has no outer layer of the wall, the towers and buildings are covering the whole area. It is a mixture of small compartments and layers in which different buildings are placed. The town hall is positioned in one layer with an archer queen alter and a barbarian king alter. The resource buildings and defense towers are distributed all over the clan. 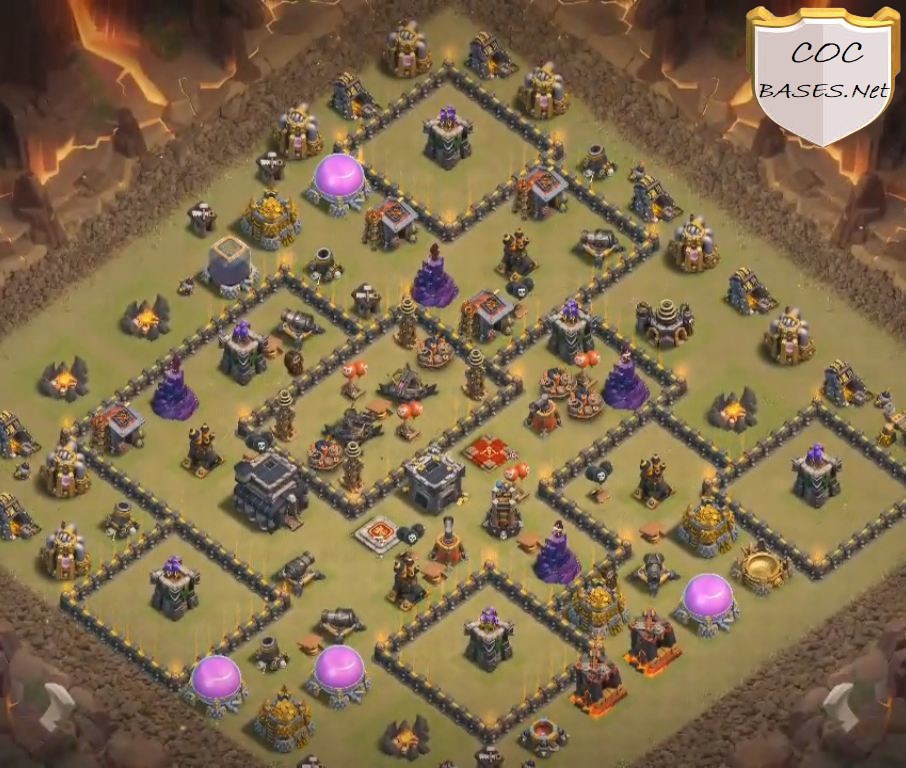 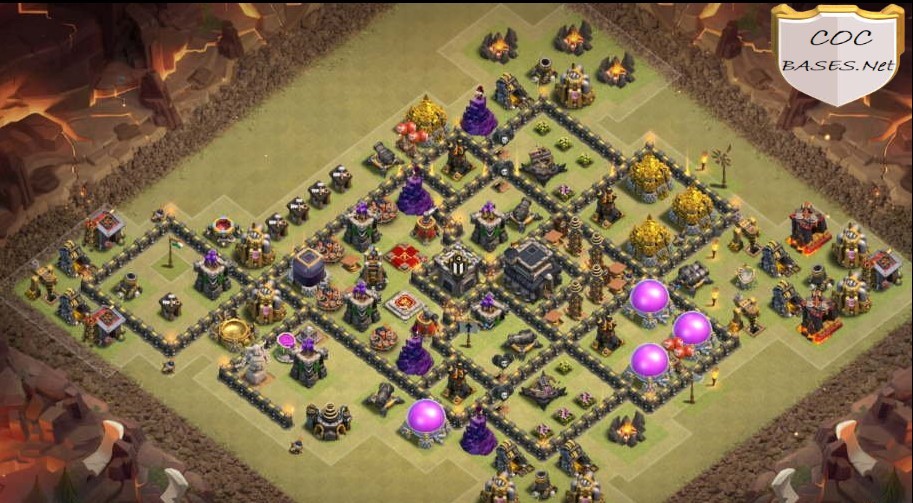 This is my favorite among all shared in this best th9 bases links guide. The town hall is centralized with cannon towers and archery. All of these buildings are covered by a hard wall. The central section is surrounded by rectangular-shaped compartments containing defense buildings and army towers. Most of the resource towers are placed outside the clan with some cannon towers, army camps, small bombs, mortars, and archery. The clan also contains archer queen alter and barbarian king alter. 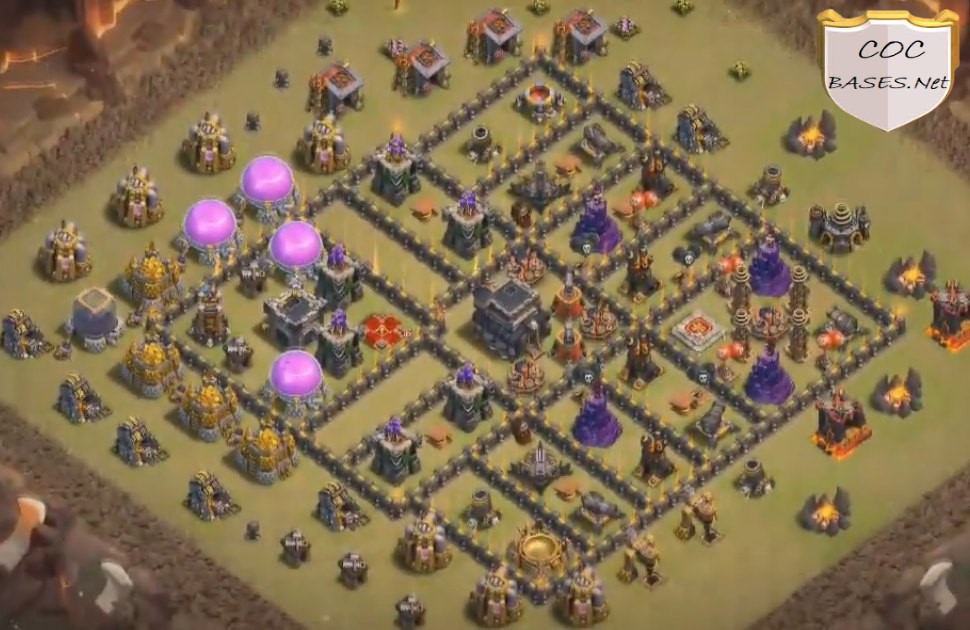 This is an amazing th9 base design as it is very eye-catching as well as most effective. Most players want their base to look more attractive and also want it to be hard for the opponent to destroy it. This best th9 bases link design has a strong placement of buildings. As you must be aware that every building has a limit in which it can attack the opponent. The clan is divided into small compartments there is an extra defense layer outside the clan for the mean of protection. The defense towers, army buildings, and resource towers are equally separated all over the clan. 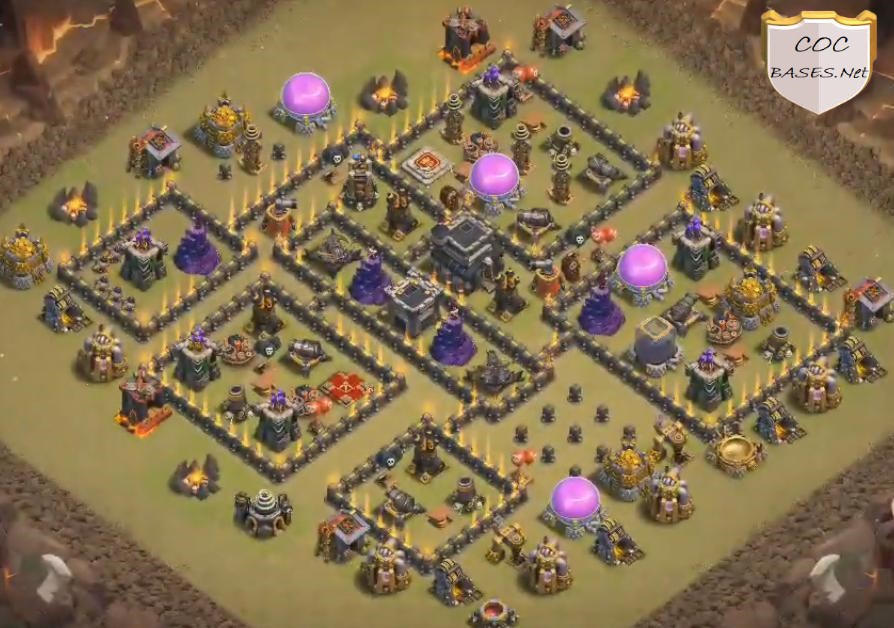 TH9 Anti Everything COC Base

It is the simplest design for th9 base layout, which can build easily at the start of town hall 9. This base consists of small compartments, as we know more compartments make the clan safer. The town hall is kept outside the clan while there are two layers of resource buildings and defense towers, protecting the whole clan. This best th9 bases link also contains archer queen alter and barbarian king alter. 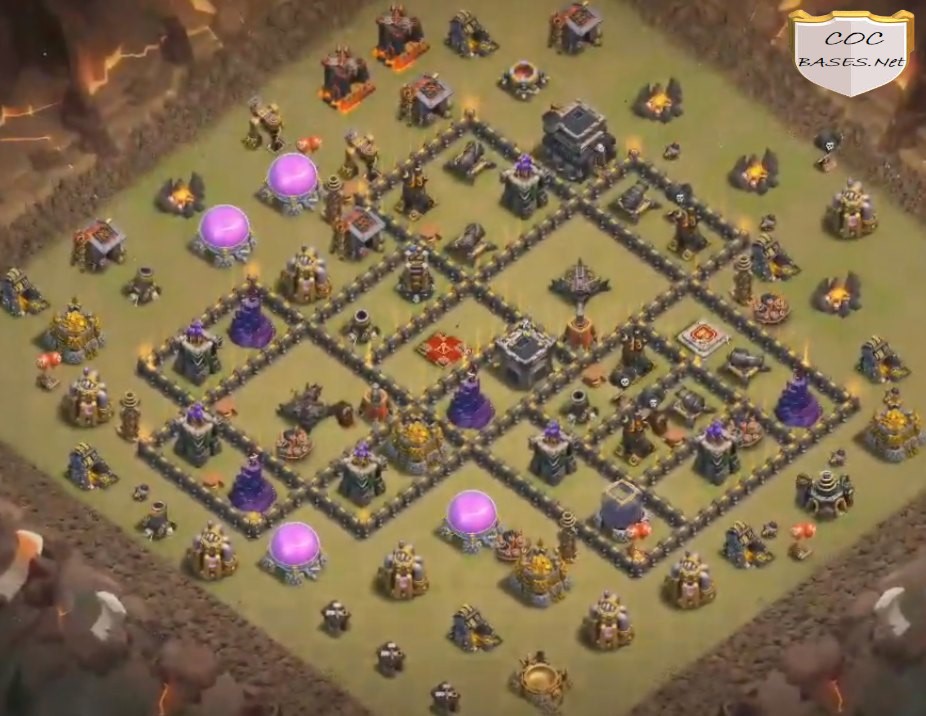 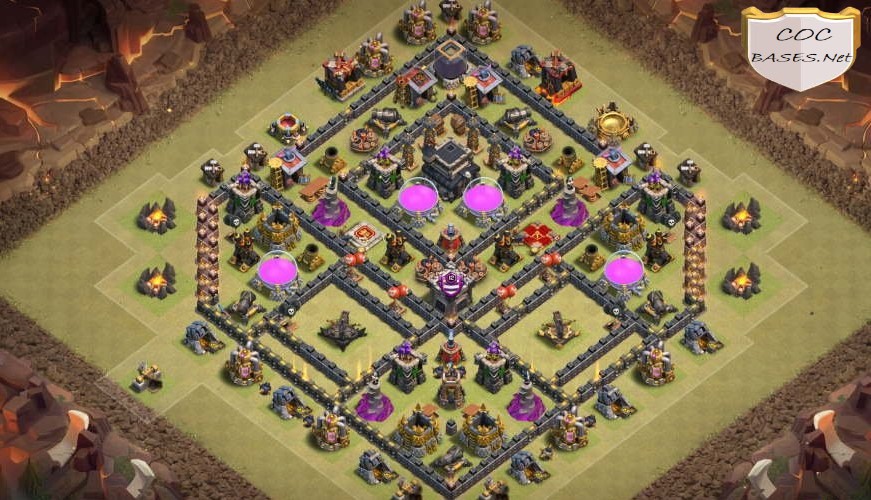