Townhall 8 is one of the best levels of clash of clan in which players can more focus on the upgrading of offenses before defenses. Townhall 8 has come up with new troops, new defenses, and a new wall that needs to be upgraded with time. The players have to redesign their base layout as they are adding upgraded traps and defenses that will fully change their base strategy. For the best th8 trophy base it is important to defend your base from the attack of a hog. So you can add a giant bomb in your base layout.

The priority upgrading list for town hall 8 must include the laboratory, clan castle, and dark spell factory. The upgrade of the laboratory is very important in every level of clash of the clan as without it players can’t do any troop upgrade. The clan castle makes extra +5 troop space, which can be used offensively and defensively. Dark spell factory plays an important role when dealing with clan castles of opponents. 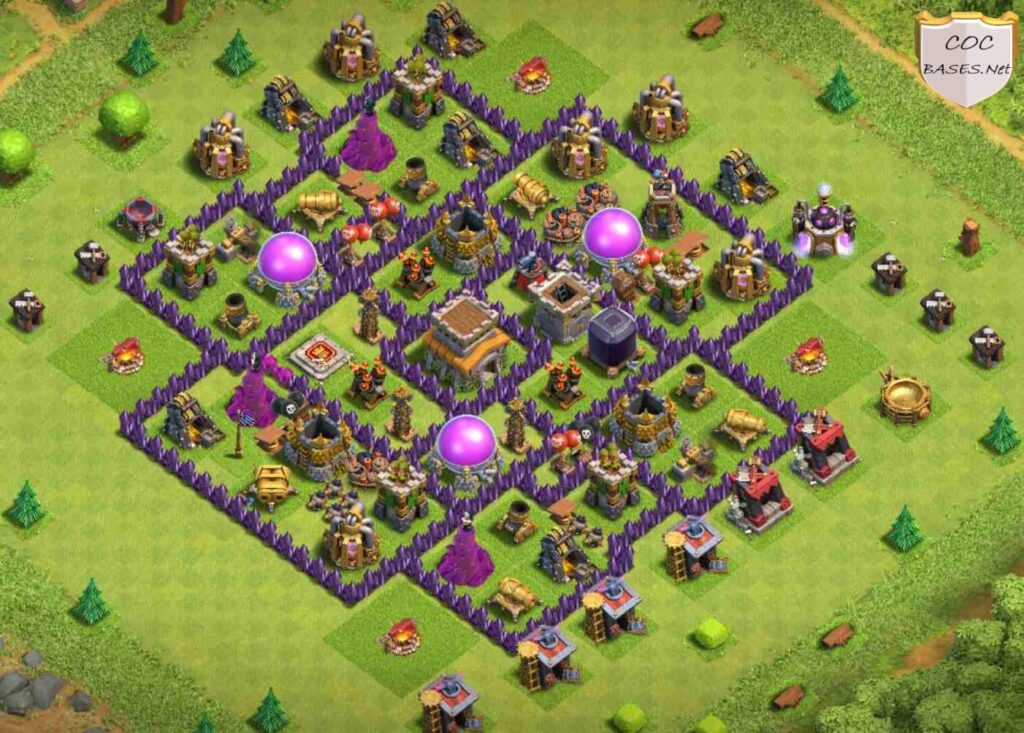 The best tip while making an upgrading priority list for town hall 8 is that the last thing to upgrade must be walls. The walls don’t require time to upgrade, they just need some Gold. All the excess Gold the players have must be used to upgrade their walls at the end. As we are aware that if we want the best th8 trophy bases then we will divide our base into different compartments. The compartments will be surrounded by walls so that the base is extra secure from the opponents. 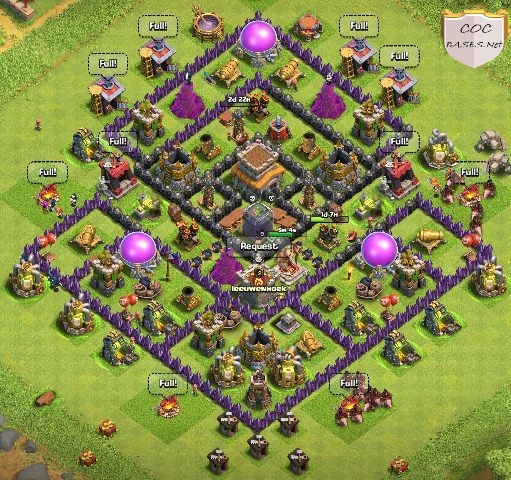 Different types of bases can be used by the players to avoid opponents from destroying their bases. The trophy base layout is the one in which more importance is given to the collection of trophies. This is the base in which players don’t give preference to Dark Elixir Supply but try to place the best army that can be easily assembled. Here we will discuss some of the amazing strategies that can be used by the players for designing their best th8 trophy bases more effectively. 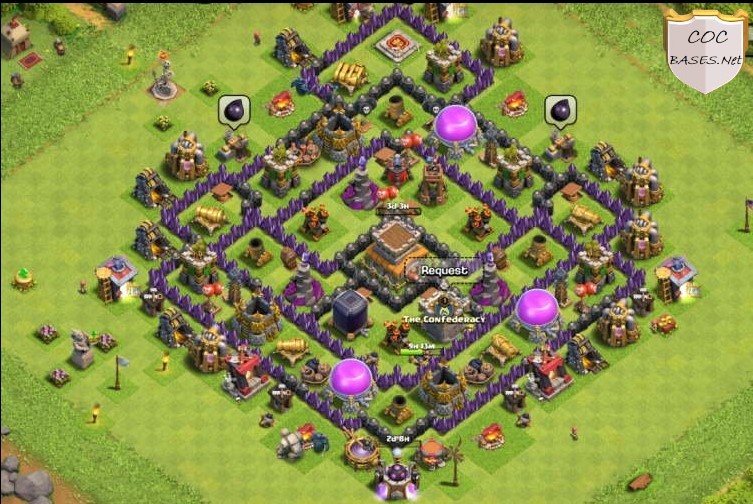 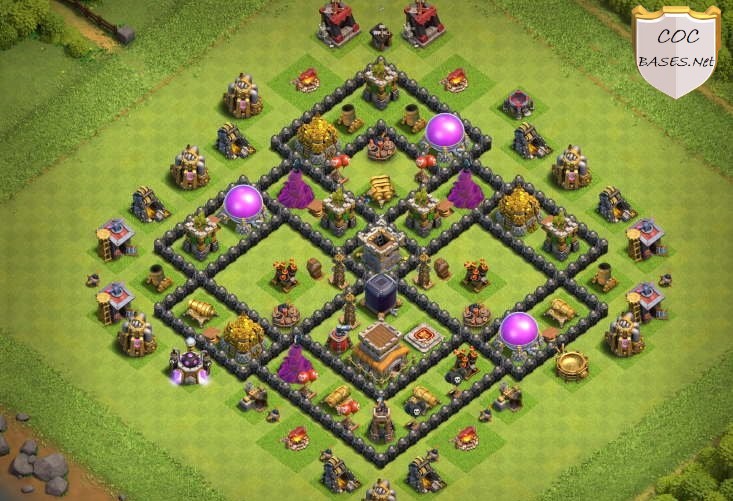 The walls make the bases more secure, so more sections in the best th8 trophy bases are preferred. In this trophy base layout, the town hall is centralized with a wall surrounding it from four sides. Outside the center section, there is a layer containing a hidden tesla and air sweeper. In one layer the clan castle is placed with dark elixir storage and an air-defense army. The trophy base links have more small compartments containing defense towers, army buildings, and resource storage. Dark barracks, elixir spell factory, and archer queen alter are placed outside the clan for extra protection. 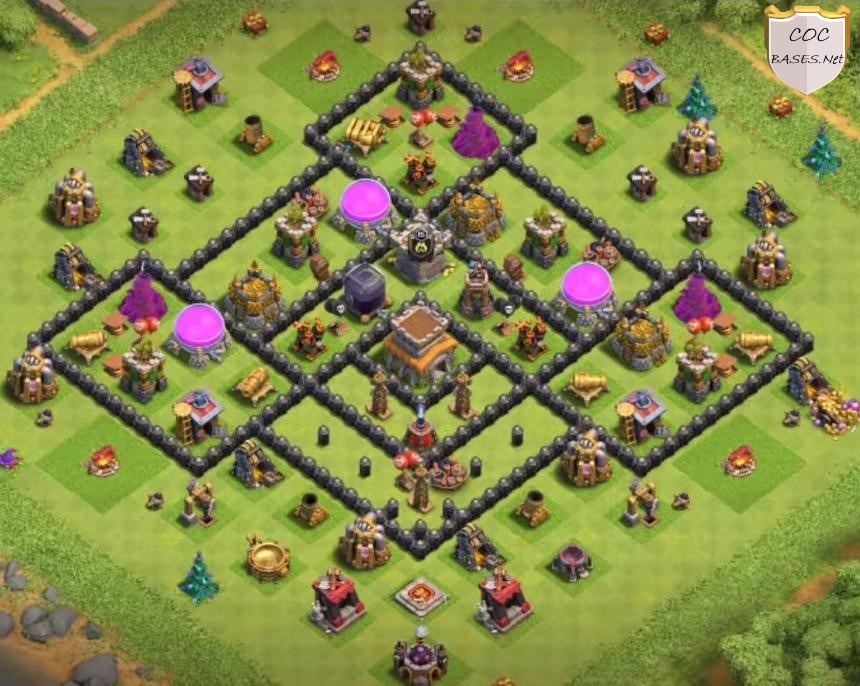 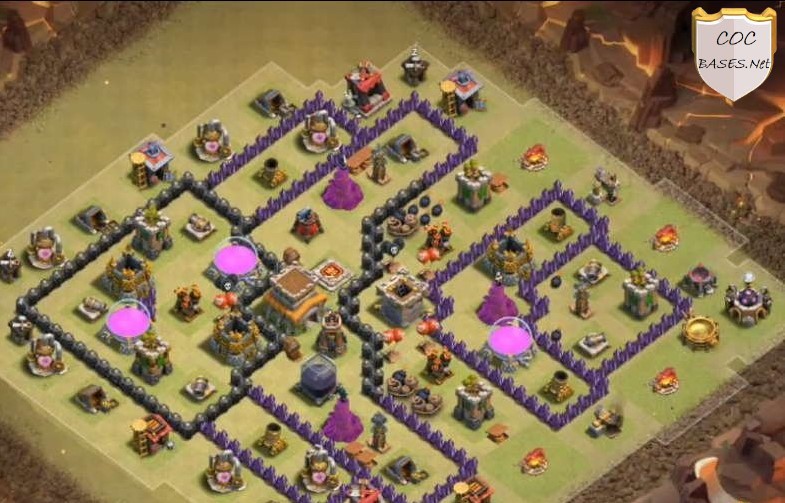 This is also one of the best th8 trophy bases, which contains a town hall, clan castle, and dark elixir storage in the center. Two types of walls are used to separate the clan into different compartments. Each compartment consists of equally distributed defense buildings, army towers, and resource buildings. There is an extra outer layer outside the clan that surrounds the whole village and protects it. The elixir spell factory is placed outside the clan as in the trophy base layout more importance is given to the gaining of trophies. 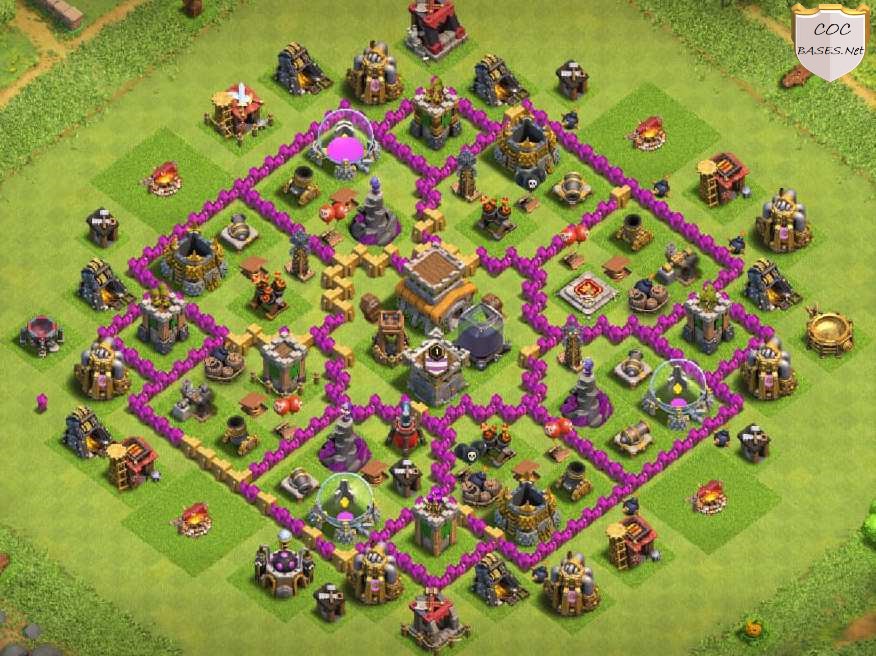 TH8 Trophy Base without Bomb Tower

In this base, the placement of the building is also very amazingly done. This best th8 trophy base is very eye-catching. The center compartment contains the town hall, clan castle, and defense buildings. Outside the center section, there is a layer that contains a heavy army with some important resource building to protect the best th8 trophy base. There is an extra layer of army and defense building outside the main wall of the clan that protects and safe the clan from the opponent’s attack. the army camps and flags are also used in this base design. 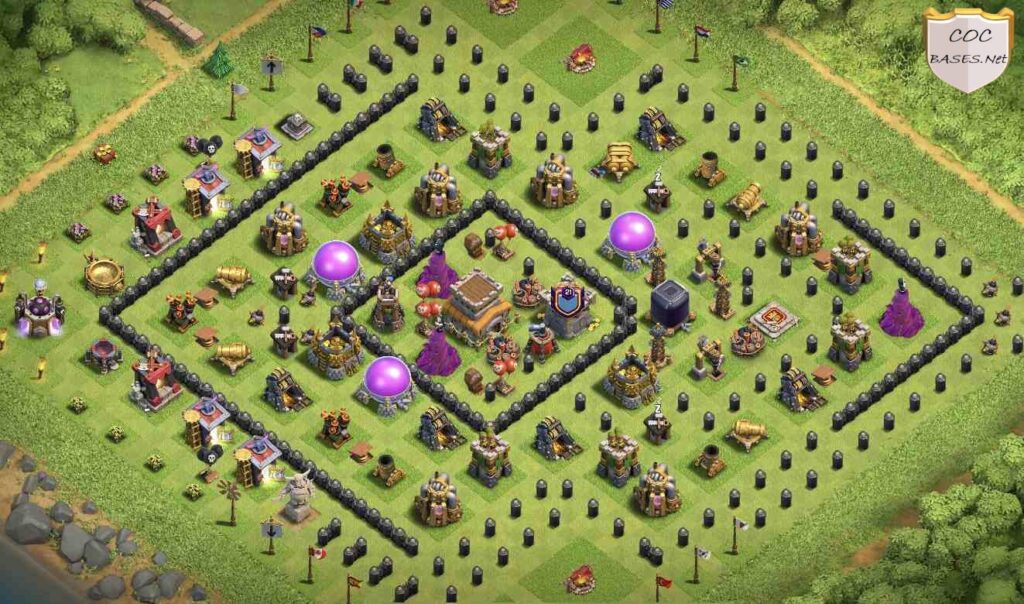 If you have upgraded many defense buildings and army towers, then this trophy base layout is best for you. These best th8 trophy bases will help you with accommodation & placement of all buildings. The base is divided into many small sections that make this trophy base design more safe. The town hall is centralized and surrounded by a hard wall. Outside the center section, there are many small compartments. These compartments consist of defense buildings, army towers, and storage buildings. There is an outer layer of a heavy army that surrounds the whole clan and protects it from opponents.

This is one of the best th8 trophy bases that is simple as well as very effective because of its building placement strategy. The town hall is centralized that is surrounded by a wall. From the center, the clan is divided into two halves. Both halves have small compartments. The compartments are filled with equally distributed defense and army buildings. The clan also consists of archer queen alter. Dark barracks and elixir spell factory are placed outside the clan with a heavy army to protect the trophy base layout from outside. 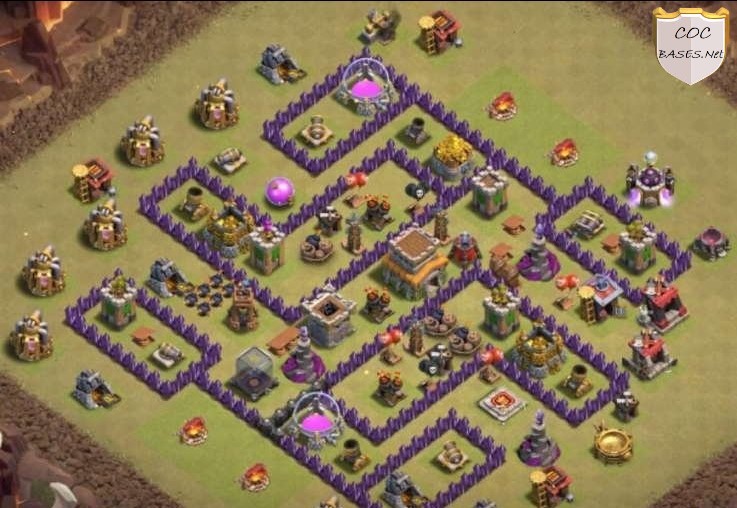 clash of clans town hall 8 base

clash of clans th8 hybrid base

th8 war base anti everything