The town hall 11 is very much interesting for all the players loving the clash of clans. Each level comes up with many interesting features. In Best TH11 Hybrid Base of clash of Clans, two things are very important, which players must know. That two things are the Eagle Artillery and the Grand Warden. Many new things are unlocked after upgrading to town hall 11 like electro dragons. But eagle artillery and the grand warden will be highly effective if placed with the best strategy in the TH11 hybrid base links.

If you will place every building in the right way, you will get your dream base layout for TH11. Firstly, when the base layout copy was not available, it was very difficult for players to make a perfect strategic best TH11 hybrid bases. But now it is much easier to make the amazing base layout with fewer buildings and upgrades. As you all will know the hybrid base is a mixture of both farming and war-designed base. In a hybrid base, it is very important to save both resources as well as the town hall.

Here in this best TH11 hybrid base link, you will get to know about all the strategies and tips to build the amazing hybrid base layout for town hall 11. For making the best clan it is important to visit different guides to see the strategic bases and understand them fully.

In this TH11 hybrid base design, the best part is that two walls are used, which provides extra protection to your clan. While choosing the walls, keep in mind more compartments and harder walls. In the best TH11 hybrid bases, two things are very important to safe, one is a town hall while the other is resource towers. So in one big section, the town hall is placed with some resource towers and surrounded by a heavy army. While in other big sections, resource towers are placed under the protection of eagle artillery. Both sections are wrapped in a layer containing defense towers, collectors, army buildings, etc. Outside the outer wall of the clan, there is another layer of an army, if you have one. 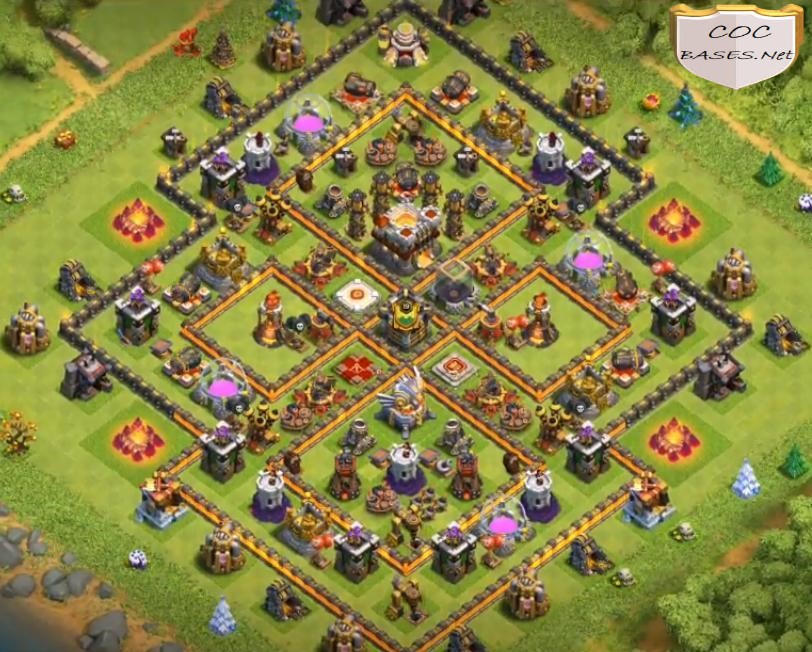 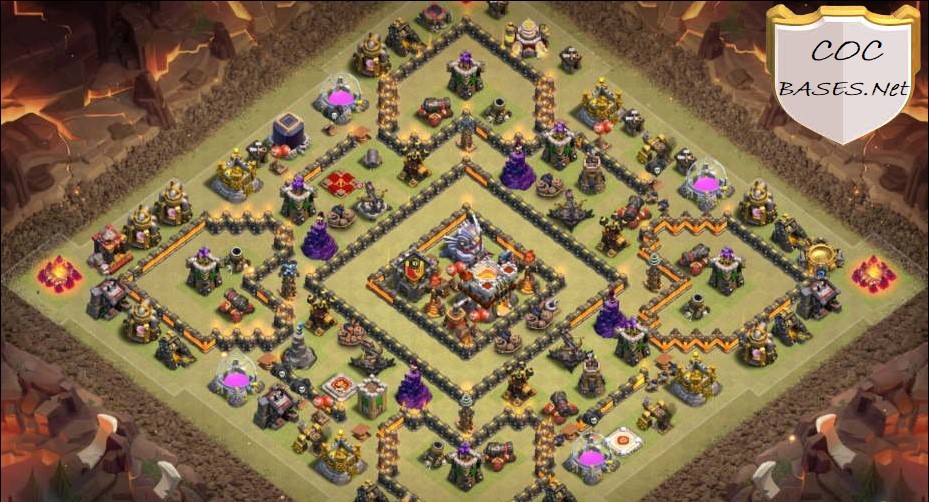 TH11 Hybrid Base without Eagle Artillery

This is the best square TH11 hybrid base link, it contains many sections inside the clan. Firstly, the town hall. Eagle artillery and two inferno towers are packed in separate sections with surrounding hard walls. Around these sections build many layers, each layer containing different types of defense, army, and resource buildings. Make sure all the important resource towers are placed inside the clan with full protection.

This best TH11 hybrid base is the simplest and easy one to build with very less unlocked buildings. Simply the town hall is in the center with eagle artillery for protection. Then there is a layer containing all the important resource towers, packed into the hard wall. Archer queen alters and barbarian king alters are also placed in one of the layers. Most of the defense buildings like cannons, air-defense towers, x-bows, and mortar are placed outside the clan. 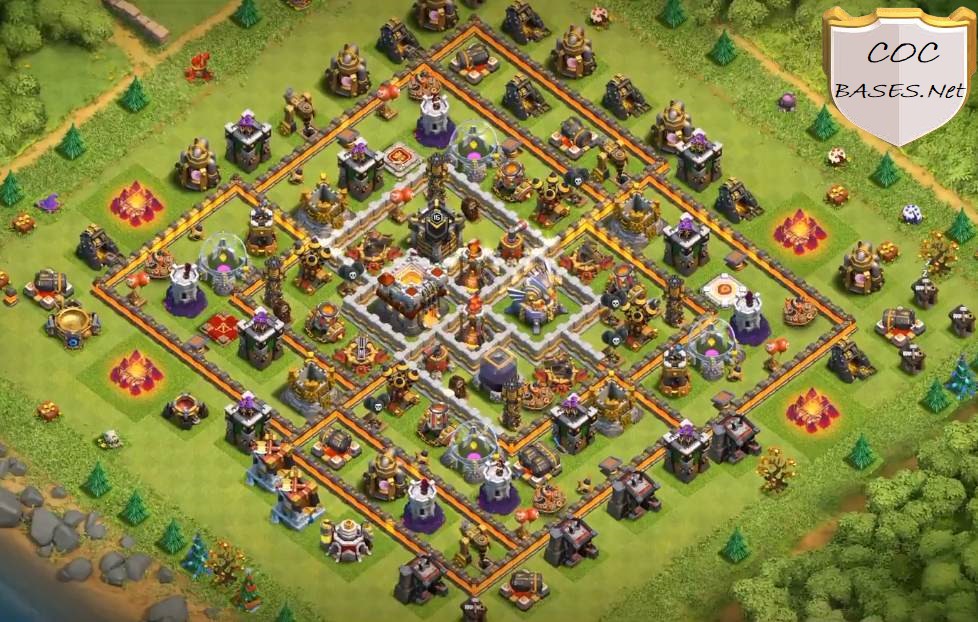 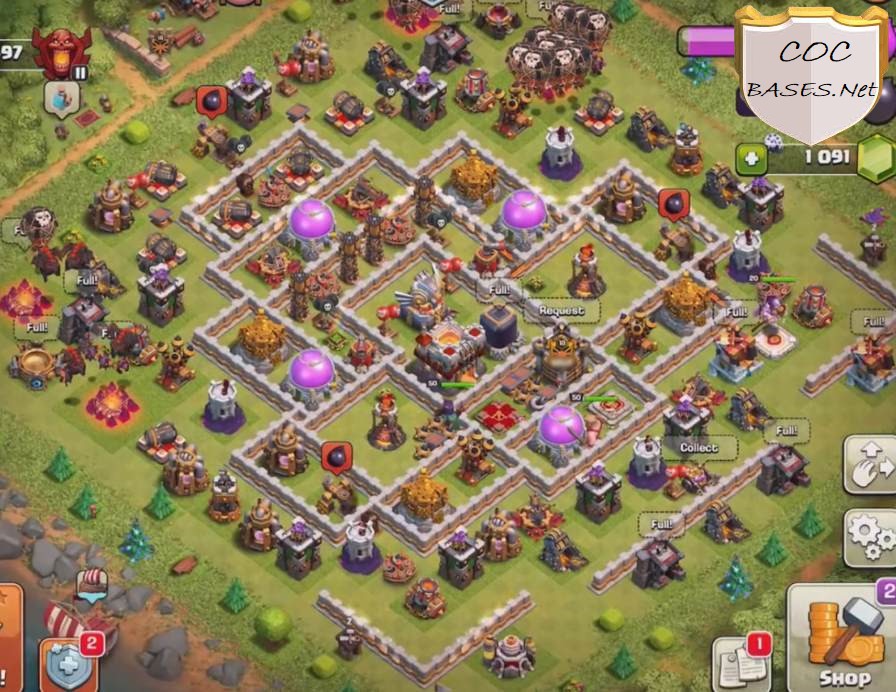 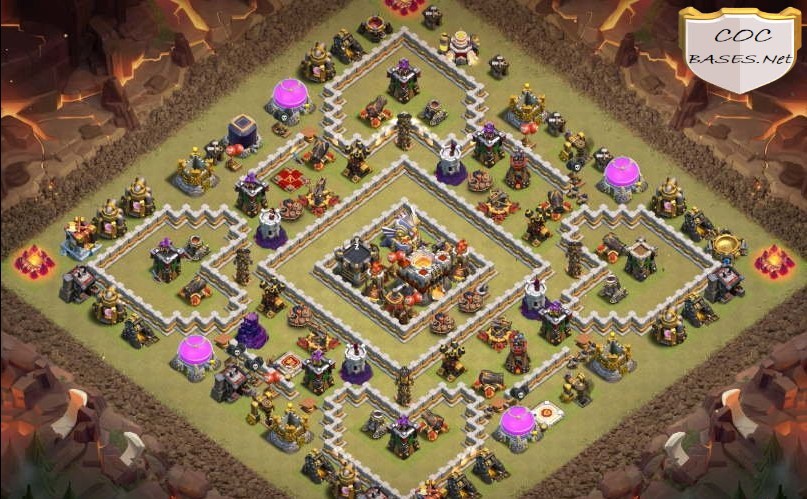 Th11 Hybrid Anti Everything Base Links

Here we have mentioned two TH11 max defense hybrid base layouts, that are very creative and amazing with their looks. In this th11 base design, two kinds of walls are used for building the best hybrid base in 2023. The specific type of defense buildings has been unlocked and placed in such a manner that it will make the entrance of attackers much harder. The max defense is more in the outer layer of the clan while the protected buildings are placed inside the best TH11 hybrid bases.

This max defense TH11 hybrid base layout contains more unlocked buildings for the protection of troops. In this best TH11 hybrid bases, the town hall is centralized with some specific resource towers. This section is packed with a hard wall with a layer of defense and army towers securing the town hall. The layer contains eagle artillery, air-defense towers, cannon, and Archer queen alters. 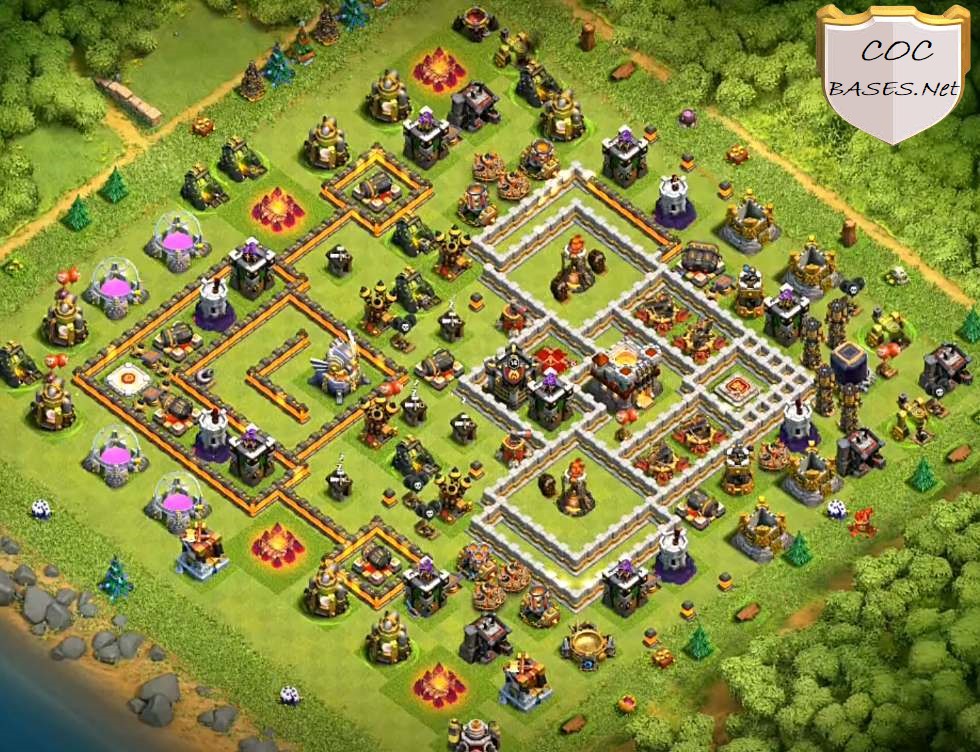 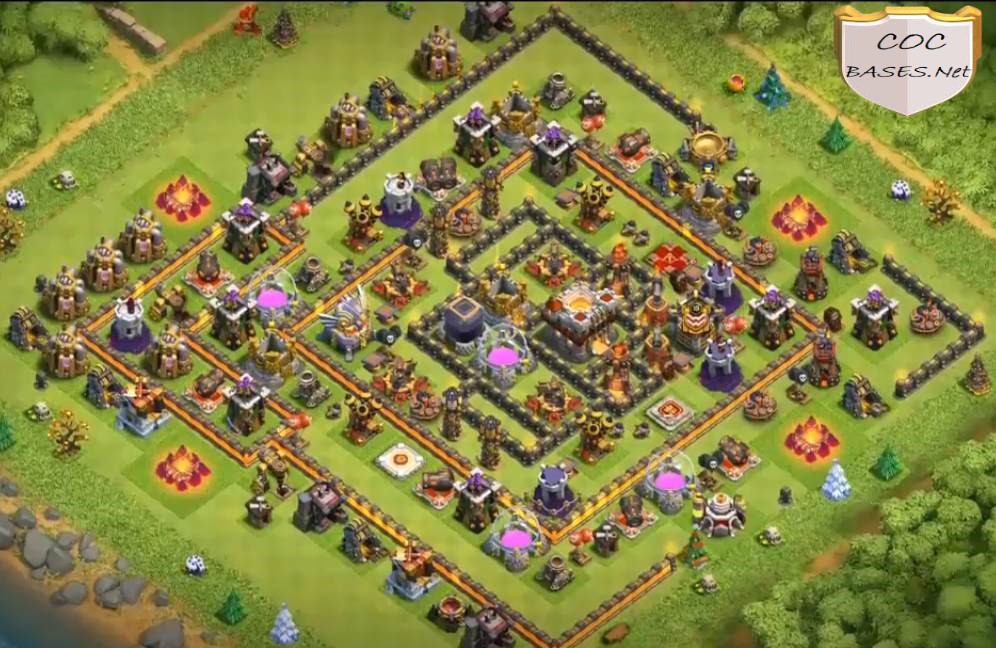 Hybrid TH11 Base no Eagle 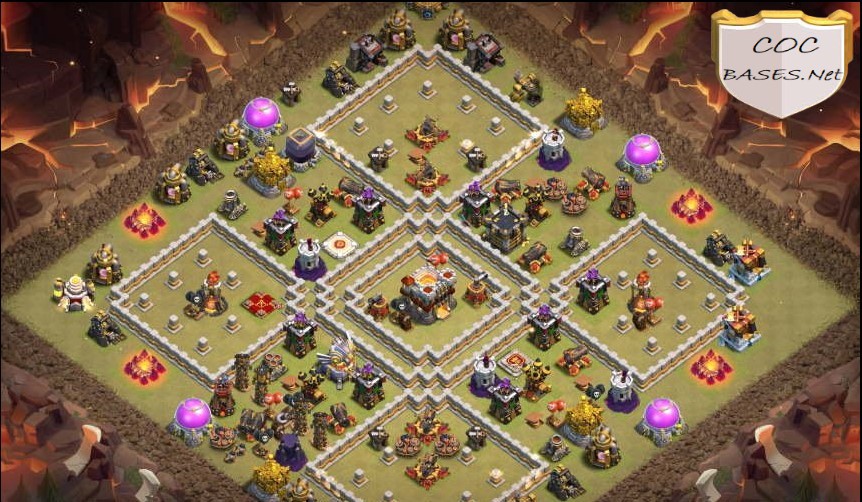 th12 hybrid base anti everything

th11 farming base without eagle artillery

th11 trophy base anti everything