Town Hall 12, a level in the game clash of clans, was the most amazing level. Best Th12 war base new hero has come out with new incredible features and the level of difficulty is also enhanced. If you are a pro player then you would be aware of different types of bases on the game clash of clans. But if you are a beginner, then it is very important to first know about different base types. The type of theme you want to play on, helps you choose the base design. There are 4 basic types of base layouts i.e. farm base, trophy base, hybrid base, and war base.

In farm base design, the protection of storage is much important and it is kept in the baseline to save the troop from loot. In the trophy clash of clans base layout, the gaining of trophies is given much importance rather than storage or clan. In a hybrid base layout, you can build a base that functions as both a farm base and a war base. Lastly, in the war base layout, the defense army is arranged in such a way that it becomes hard for opponents to defeat you. Every base is built on different strategies and techniques that can help you win the game.

Here in this th12 war base link guide, you will get to know about some of the best th12 war bases that are best to win during the war.

In the war base layout, it is important to focus on the protection of your Town Hall. In a war base, there is no worry of loot, and the storage and collector towers can be used as defense buildings. You have to build a war base layout, keeping in mind both attacking and defending strategies. The th12 war base must be designed in such a way, to protect your clan and troop. 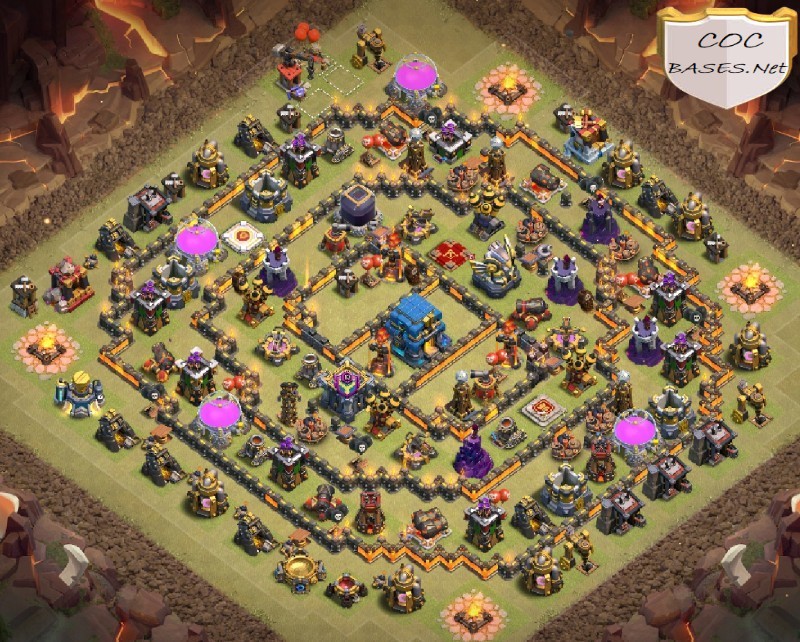 Here are some amazing war zone designs, which you can build for the protection of your clan. The Town Hall is kept inside the clan in the side compartment with heavy army protection. The eagle artillery is also placed in the center of the base, which will secure the whole base zone. The war base is protected from four sides with an air-defense tower, archery tower, and cannon tower. You don’t care about loot, in the best th12 war bases, so you can put clan collectors and storage towers outside the clan or as a protector of the base. 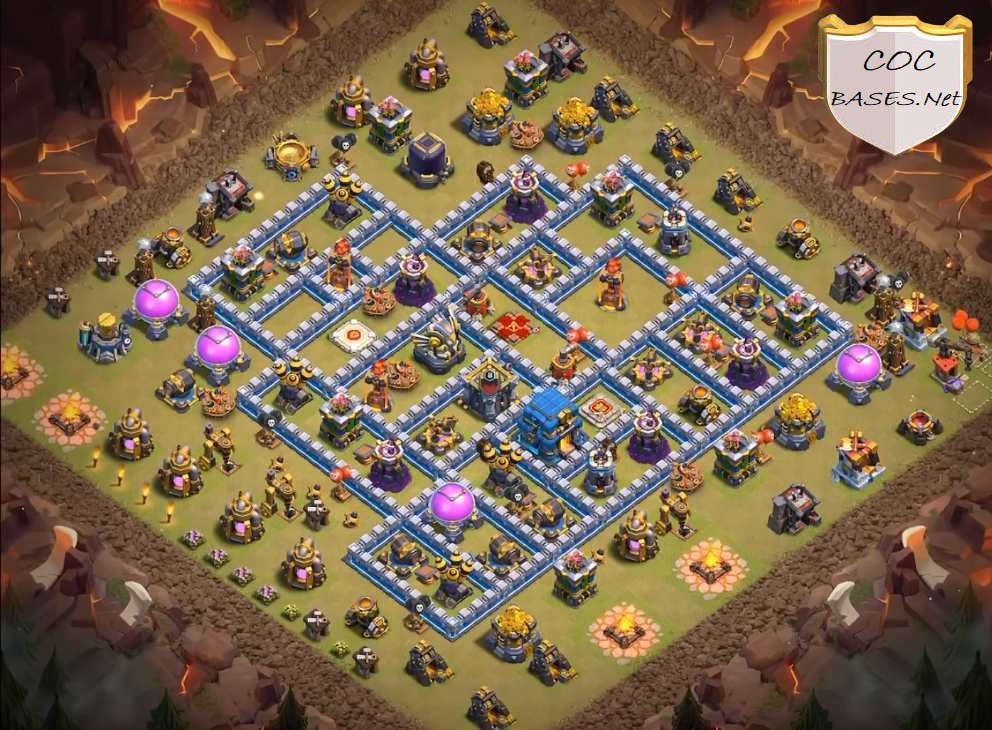 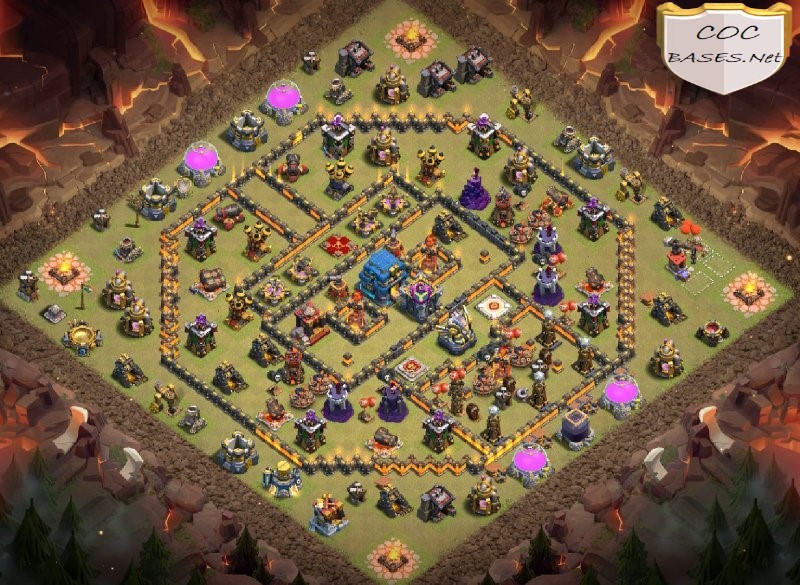 TH12 War Base Anti Everything 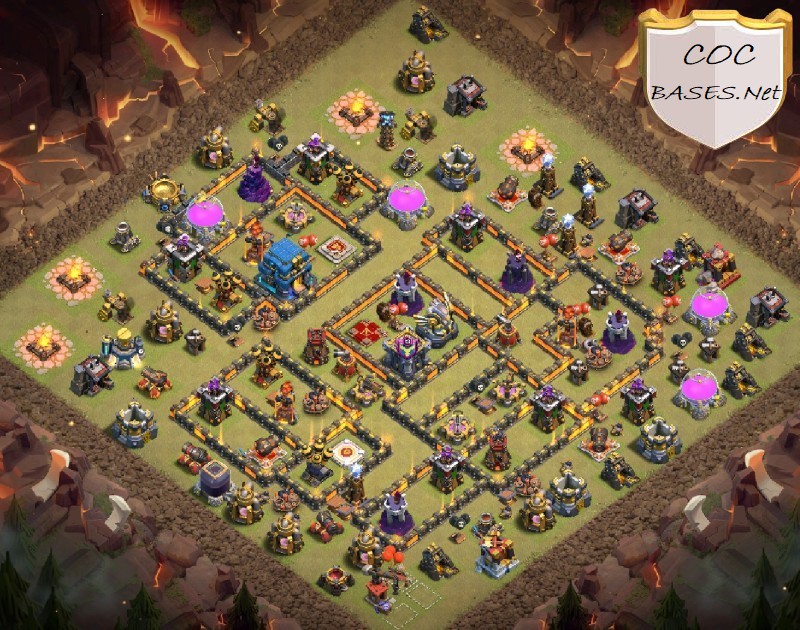 Town Hall 12 War Base with Link

This base zone is also best to be used to defend the opponent army from getting in the clan. The Town Hall is centralized with one side protected with eagle artillery. Outside the Town Hall compartment, resource towers and storage are placed that are packed in a wall. Outside the base, there is a heavy army to protect the clan. 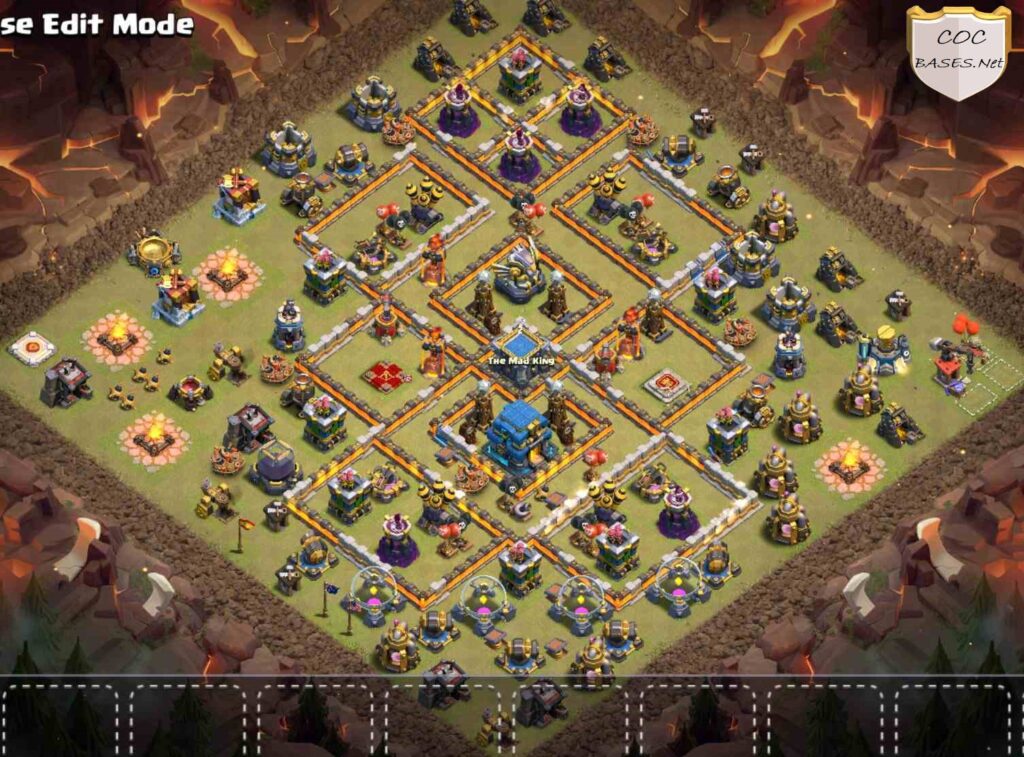 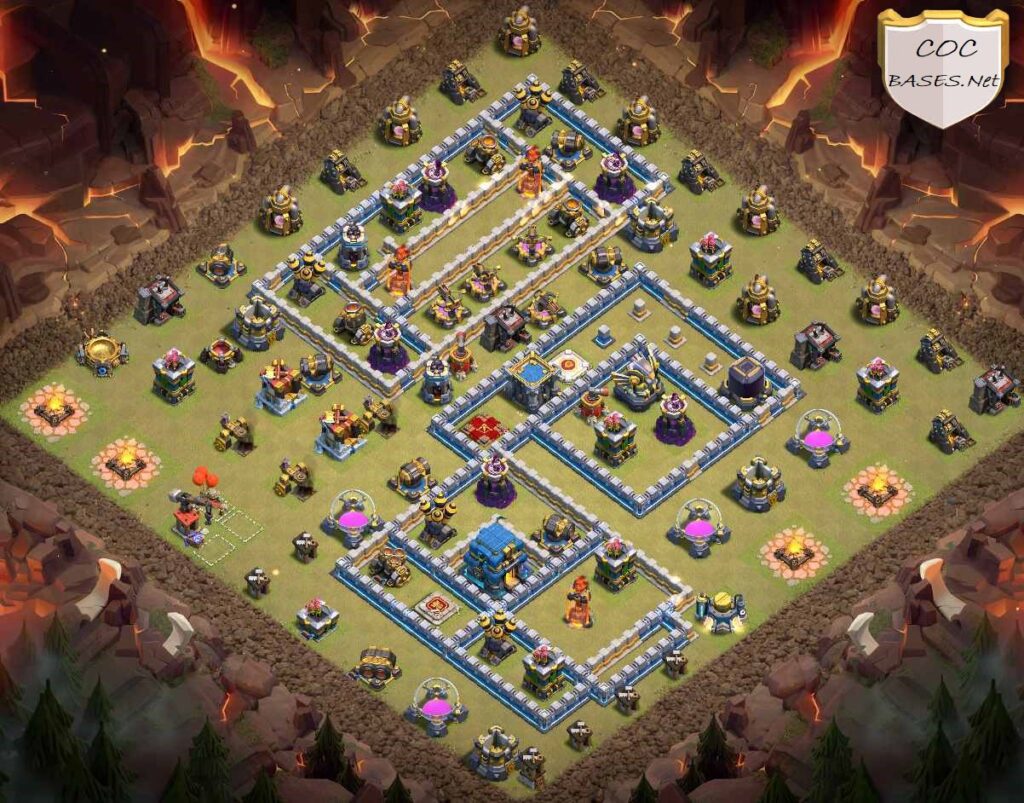 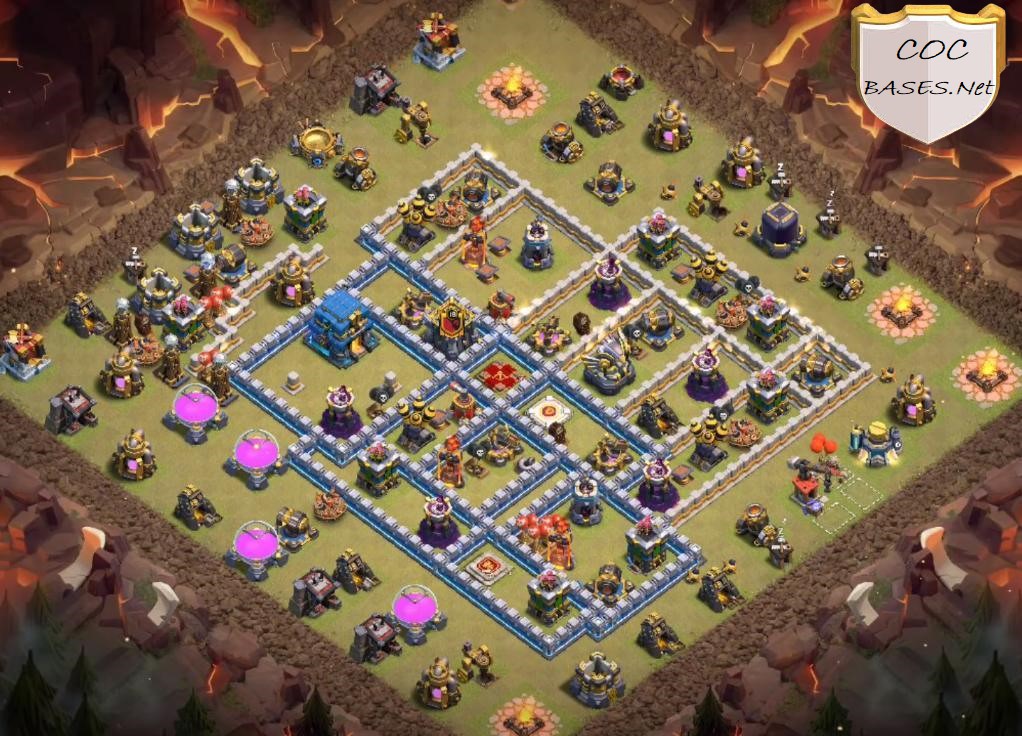 These best th12 war bases are commonly used by the players as it is the safest layout design. If a war base layout has only one wall that is protecting the clan, then it is very easy for attackers to enter the clan. Only one crack in the wall can lead to the easy destruction of the whole clan. So to avoid this, it is important to divide the clan into many compartments making it attackers hard to destroy the clan. 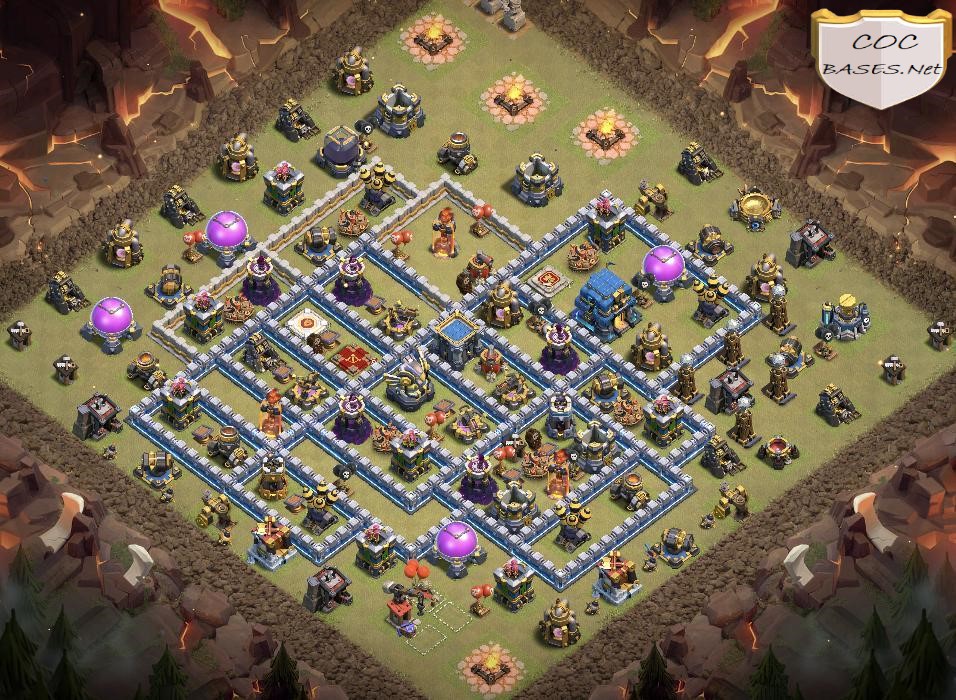 Here are some amazing base designs that are unbeatable because of their strategic layout. The Town Hall is centralized with a heavy army for its protection. The base is divided into different layers and each layer has a different type of defense and army towers. There is an extra outermost layer that is covering the whole clan.

In this best th12 war bases, there are some square compartments covered with one extra layer of the wall. In-between the wall there are defense towers and buildings to protect the whole clan. The Town Hall is placed in one compartment with an air-defense tower. The collectors and storage buildings are kept outside the clan. 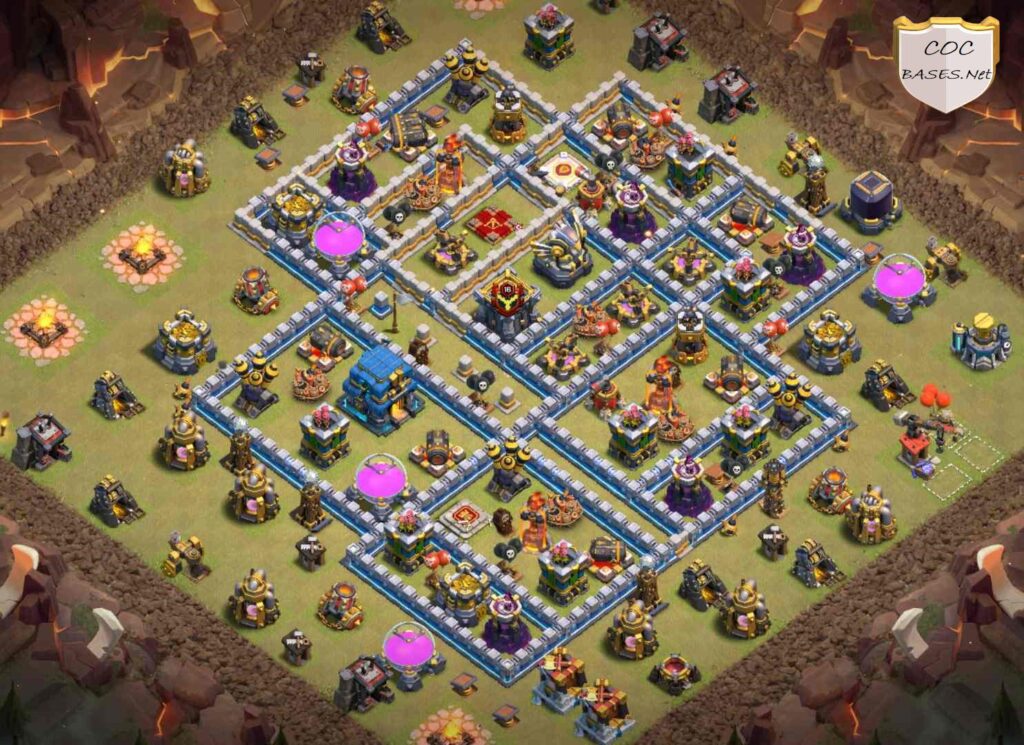 clash of clans th12 farming base