This guide best th8 base will help you know all the details about designing the best bases for Th8. Once you have maxed out the offensive troops you can upgrade from level Town hall 7 to town hall 8. In town hall 7 some of the buildings were very important to upgrade like Healers, Dragons, and Hogs. Once these buildings are upgraded then it will become very easy to move to the next level Th8 clash of clans. As in town hall 8, these buildings and troops are highly used. The maxing of troops will make the player stronger both defensively and offensively against the opponents. This will also make the start of town hall 8 easier for the players. 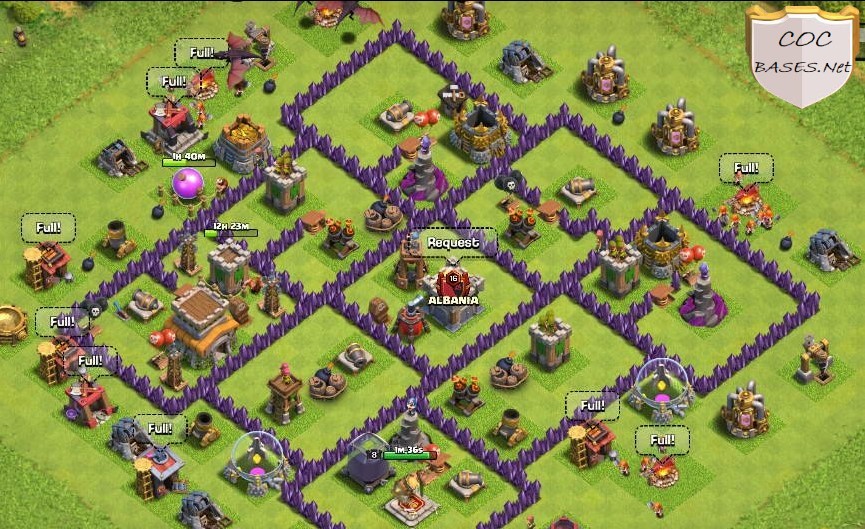 Some players don’t like war zones, so you can upgrade when you are fully ready. The Th8 provides more exciting troops and extra CC space. The Th8 is maxed in a very shorter time with a less recent upgrade. Every level of the town hall in the clash of clans has its priorities as the Th8 doesn’t come with a new army camp and spell factory. 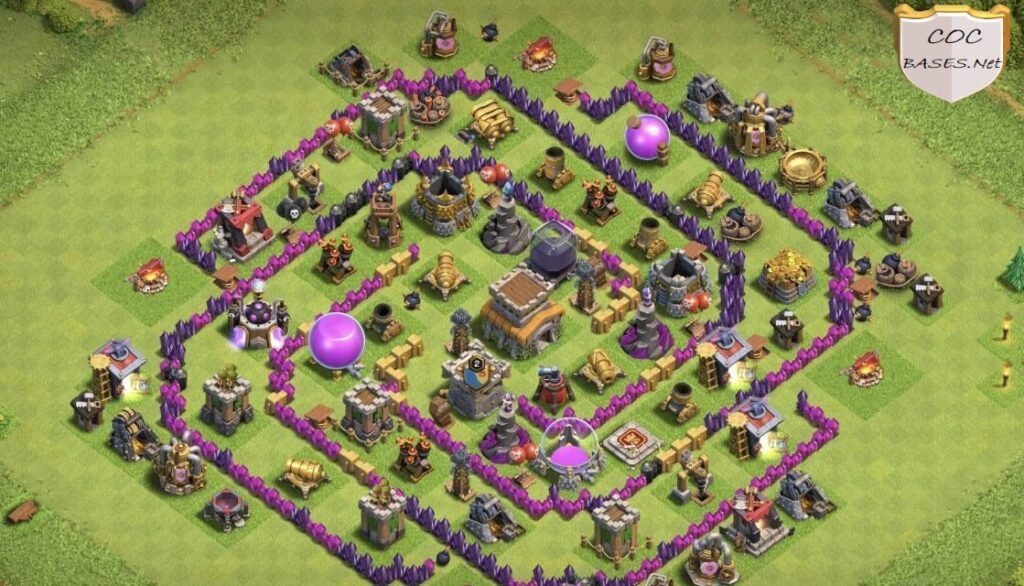 So the upgrade priority list for town hall 8 will be slightly different as compared to previous town halls. If your laboratory is not upgraded in town hall 7 then start your Th8 upgrading priority list with the lab. Before upgrading your Dark spell factory give priority to clan castle as it will provide you +5 troop space and +1 spell capacity. 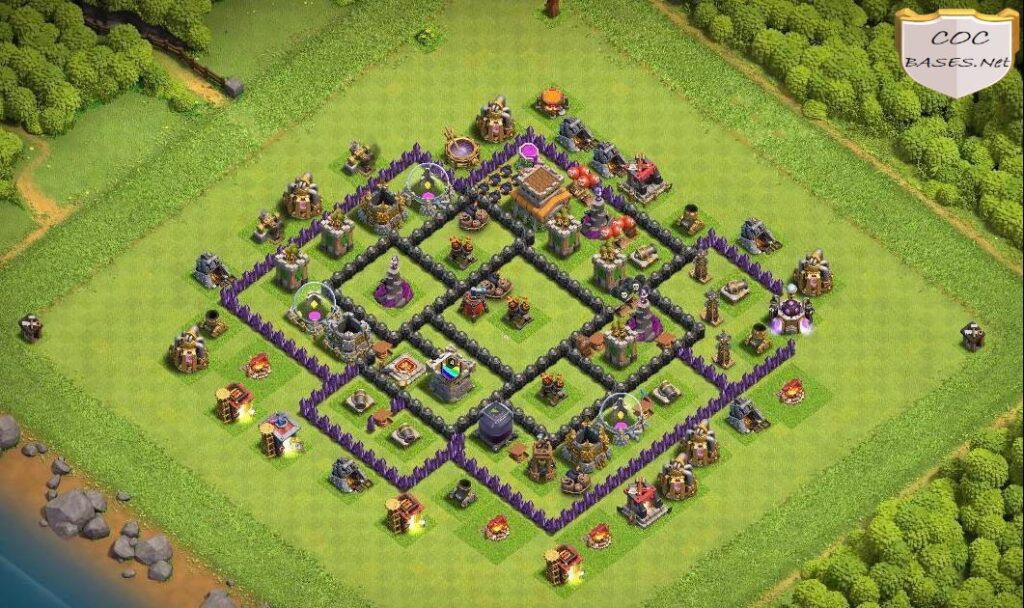 While building the best th8 bases for your town hall, the key things to be focused on are the addition of bomb towers and new defense levels. The bomb towers and defense level act the same as Wizard tower. This will be very helpful to make your mind about whether the player should build an offensive base layout or defensive base layout. The basic strategy for town hall 8 is to prepare your base for Townhall 9 hero grind. 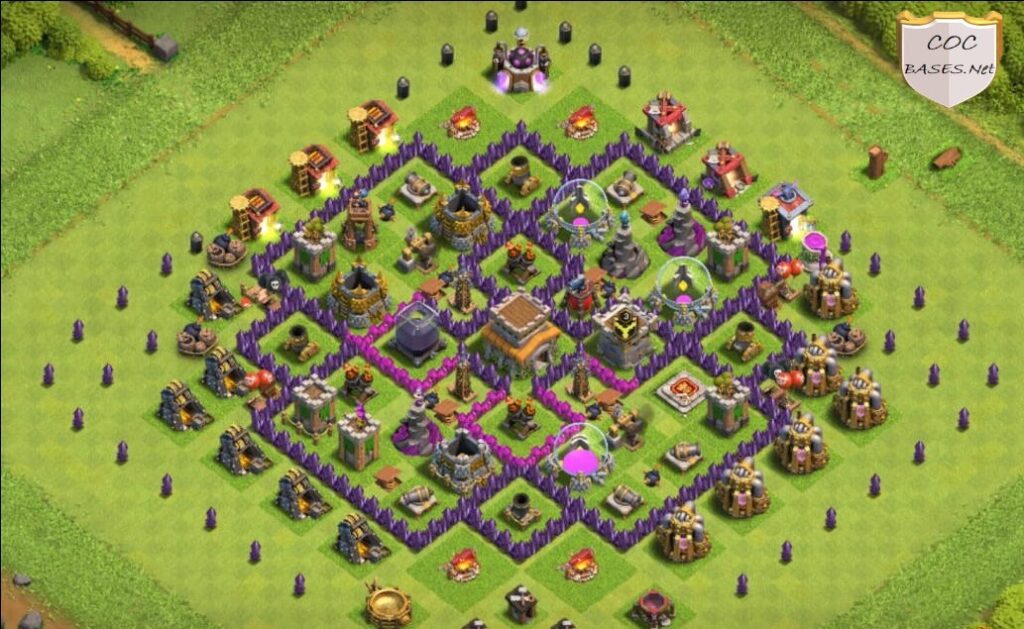 Clash of Clans Town Hall 8 Base

In Th7 & Th8 there are not many substantial changes other than the presence of Dark Spells, Golems, Bomb Towers, and Valkyries. Townhall 8 is the initial stage of fun but the real adventure will begin in the best Th9 coc bases. The player has to choose the kind of base they want to play with such as a farming base layout, war base layout, or trophy base layout. Every base has its pros and cons, below we have shown some examples of such bases to make your mind clear. 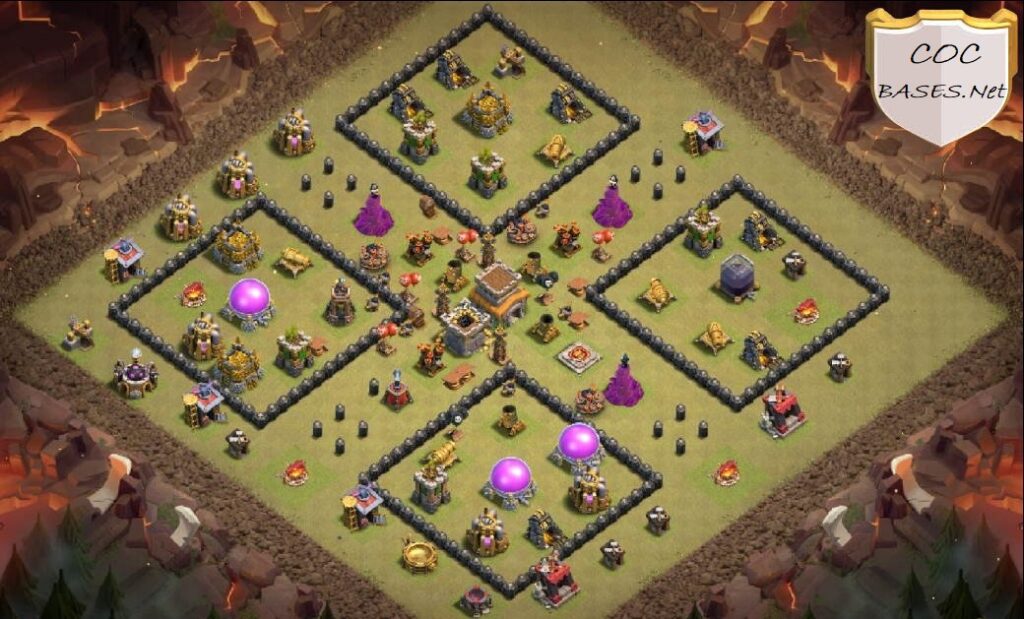 You are not the only player to upgrade to town hall 8, there will be many players eager to level up. Everyone will be waiting to unlock the Valkyries, Hogs, and Golems, and also improve the Barbarian king. This is one of the best th8 bases, the town hall is centralized with the clan castle. The town hall is divided into many small compartments. All the compartments have equally distributed defense towers such as cannon, air-defense, mortar, and archery. Some important resource buildings are placed inside the base while some non-important resource towers are placed outside the clan acting as a protector. Some army camps and unique defense towers are surrounding the whole clan. 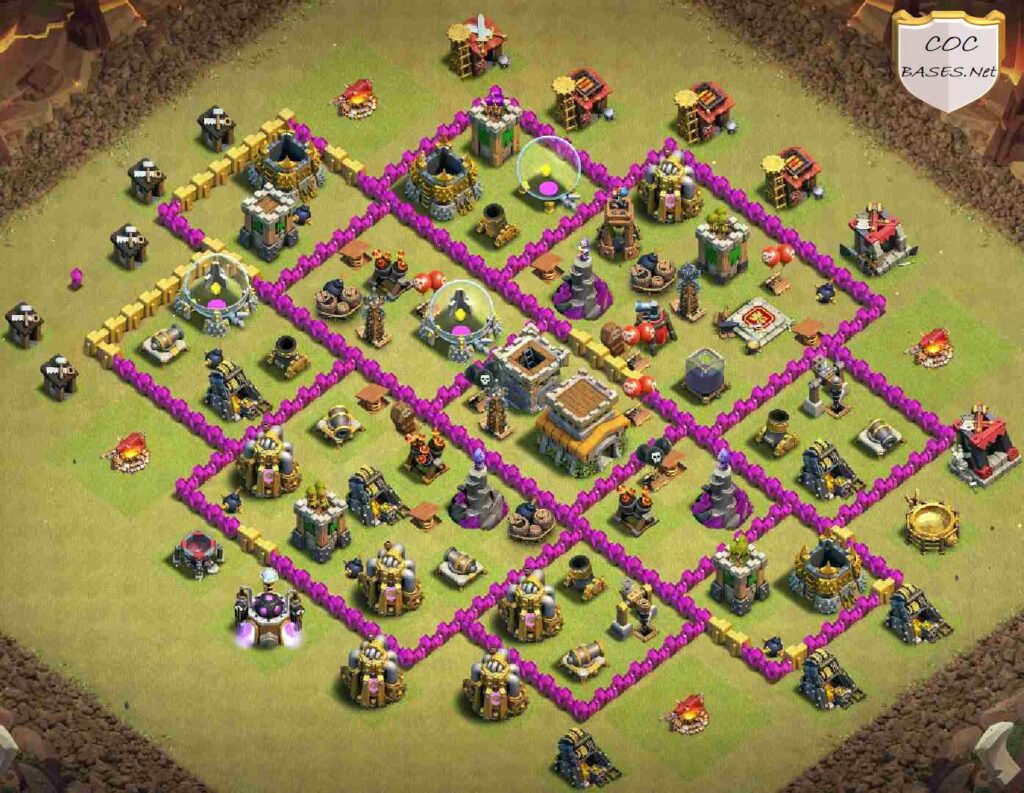 clash of clans builder base 8

These flower-shaped town hall 8 bases are unique as well as very effective to keep the opponents away from the clan. There is one center section containing the town hall and archer queen alter. This is surrounded by all types of defense armies. Eight small compartments surrounding the center section form the shape of a flower. Each compartment consists of different momentous buildings to defend the clan from opponents. One extra layer of heavy defense army is placed outside of this best th8 base. Most of the players are not aware of this unique base for th8 that makes it more operative. 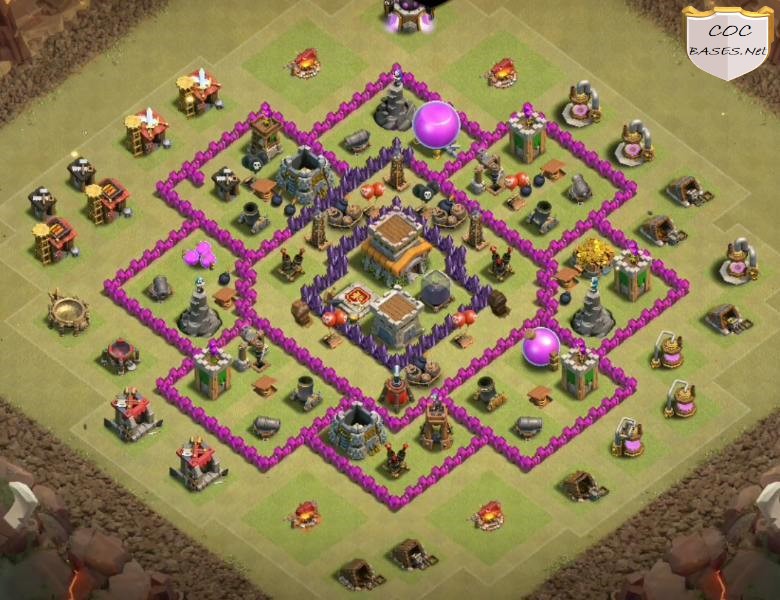 In most of the town hall bases, you will see clan is divided into small compartments. But this is a unique idea of layering the clan into different sections, separating them by a wall. The town hall is kept in the center to make it more secure and protective. Surrounding the town hall there are some important defense towers like air-defense, mortar, clan castle, etc. There is no such outer wall of this best th8 base. The resource towers are equally distributed in the clan; some are well secured in the layering. there is an outer layer of defense building, and army towers to make the clan more secure.

Here you will find some of the amazing and most effective examples for designing your best th8 bases. This th8 base layout is heavily covered with defense towers and army buildings. It is divided into different layers that make the clan design more effective and secure. In one layer there are a town hall and archer queen alter with some defense buildings. In the second layer, there is a clan castle with air-defense and small bombs. Every building has a purpose and limits to which it can keep the clan safe. The placement of towers and buildings plays an important role that can be seen effectively in this clan design.

COC TH8 Base Anti Everything

If you want to form your base with fewer buildings and towers, then this best th8 base design will impress you the most. In this base, only the important buildings are placed with the best strategy. The clan is not filled with a non-important tower making space congested. The town hall is placed in the center with the archer queen alter. The resource towers are placed inside this best th8 base to keep the clan away from the opponent’s loot. 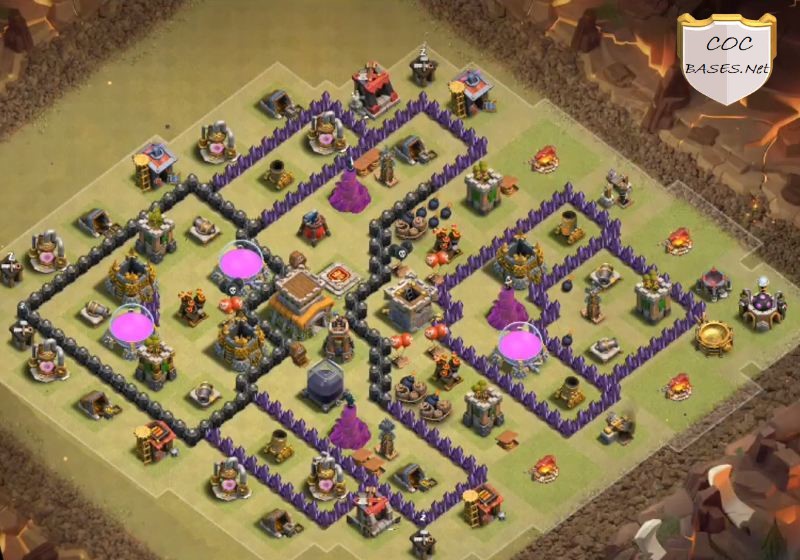