The most strategic game, which is all about protection and attacking so you can upgrade to the next level. The players are loving the town hall 9 clashes of the clan, as it enhances the player’s cognitive skills. To build the perfect base layout you have to think out of the box to save your troop by building the best base. From Th1 to Th9, many new features are added to the game that is quite interesting. For upgrading the level to Th9, very little war weight is required. To build the best th9 trophy base, make sure that your clan is divided into different compartments. 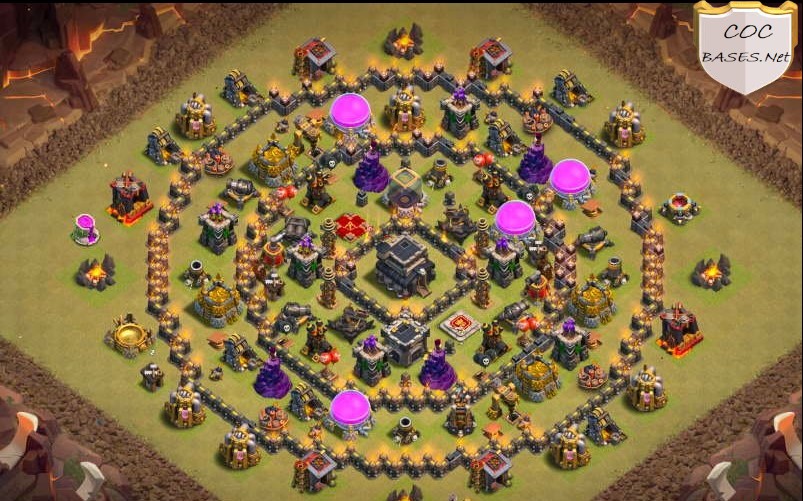 Here in this best Town Hall 9 trophy bases guide, we have shared some of the best th9 trophy bases. These trophy coc base layouts will make your defense more unique and advanced. You will not find such amazing trophy base designs on any site. 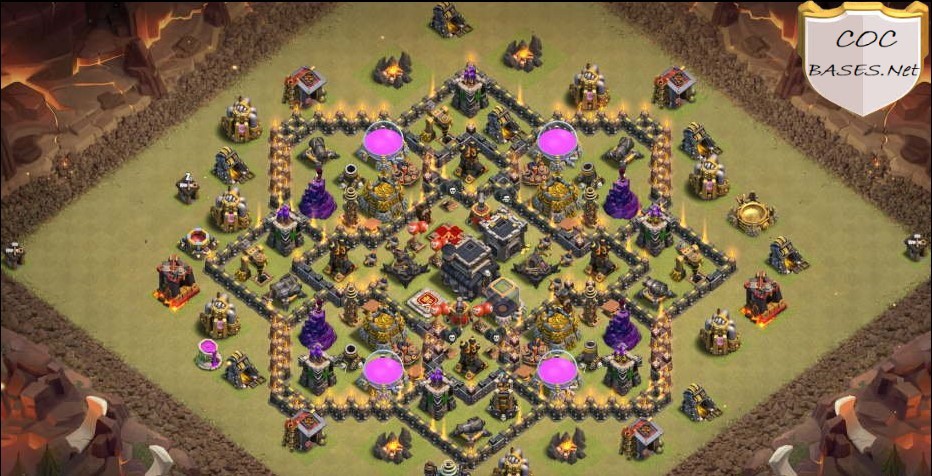 Mostly, players want a trophy base layout so it is important to protect your Town Hall. A heavy defense is needed to protect the Town Hall. Secondly, you can centralize your town hall surrounded by defense buildings. It is the best strategy to secure your clan in times of war. It would also be very helpful to prevent the attacking army from entering your troop by adding an extra wall around your clan. Another tip is to keep your 50% of buildings outside of walls so that your opponents can’t pick off those buildings. To get the best th9 trophy layout it is also important that your resource towers are also protective. But it depends that how determined you are towards your trophies rather than resources.

All the base designs containing Town Hall centralized are the most effective ones. In the trophy base layout, the key factor is to keep the troop safe from attackers. The placement of buildings and towers is also very important. The tower you want to secure must be placed in the inner portion of the clan while the least important building must be kept outside. As done in this best th9 trophy bases. In this best trophy base, the town hall is kept in the center surrounded by some defense towers. There are small compartments in which the defense buildings and army towers are placed equally. 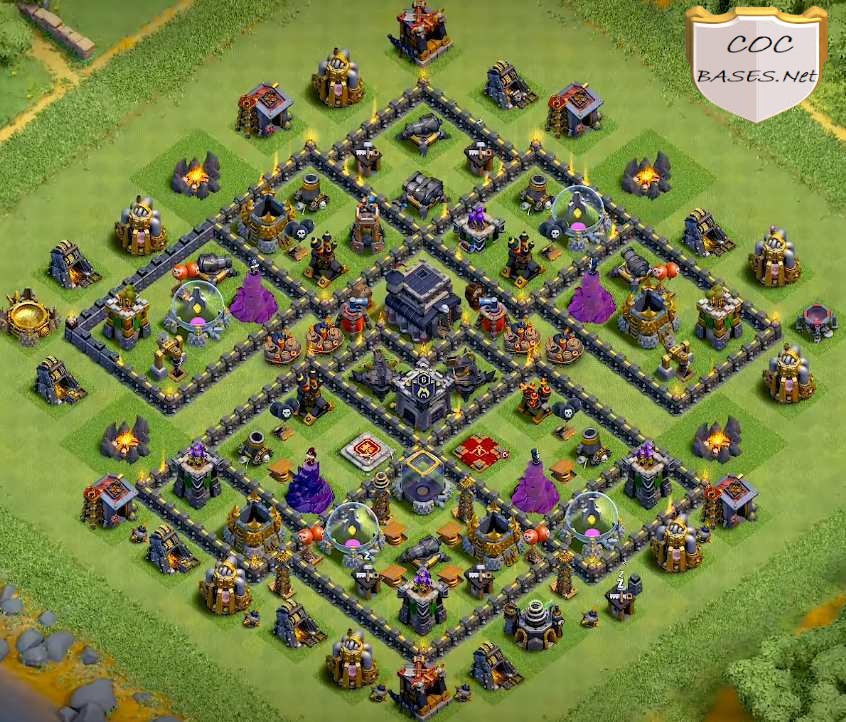 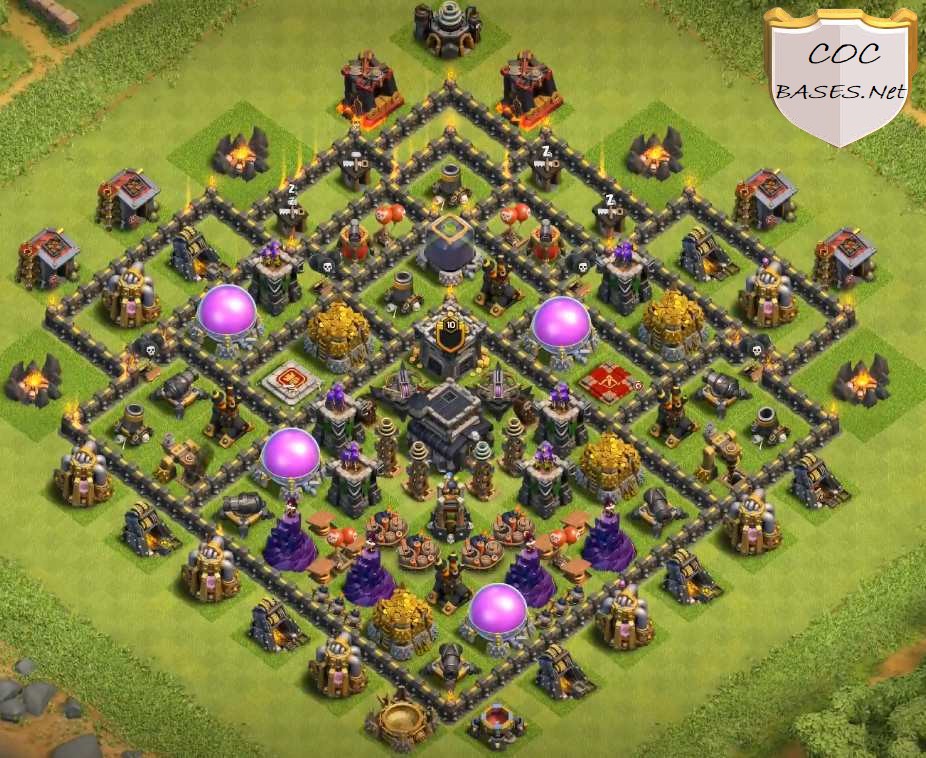 This base design with miscellaneous buildings will be very effective to win the war. The placement of the building is very important as it acts as a buffer for your resources. This best th9 trophy base has a town hall in the side compartment with small bombs surrounding it. the clan tower is placed in the section with archer queen alter and barbarian king alter. The base design consists of archery, cannon, mortar, air-defense, and many others. There is an outer layer of defense towers and army buildings surrounding the whole clan. 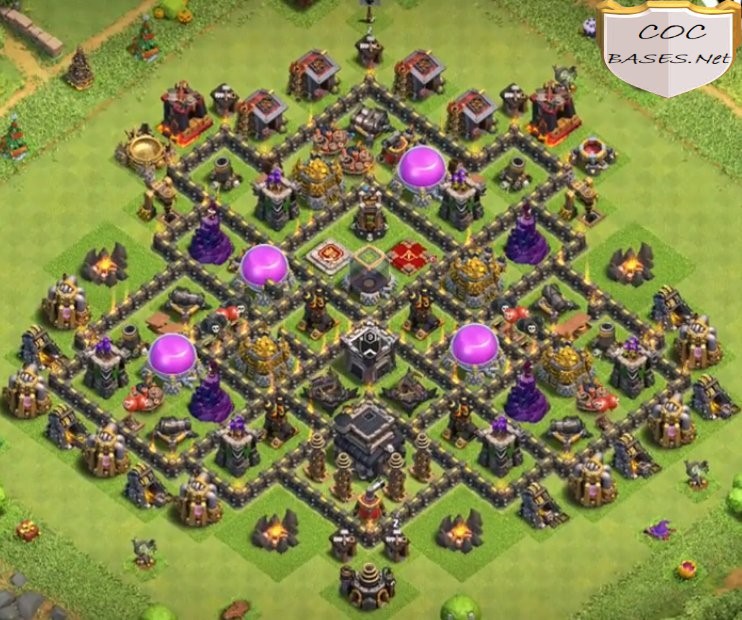 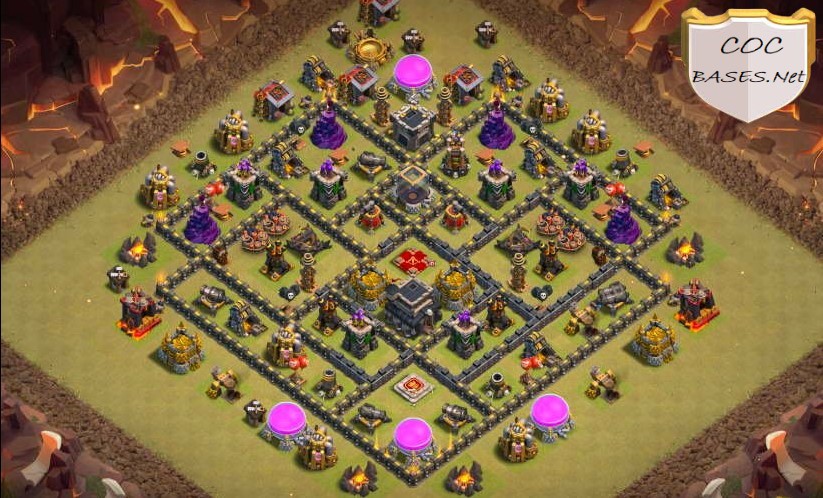 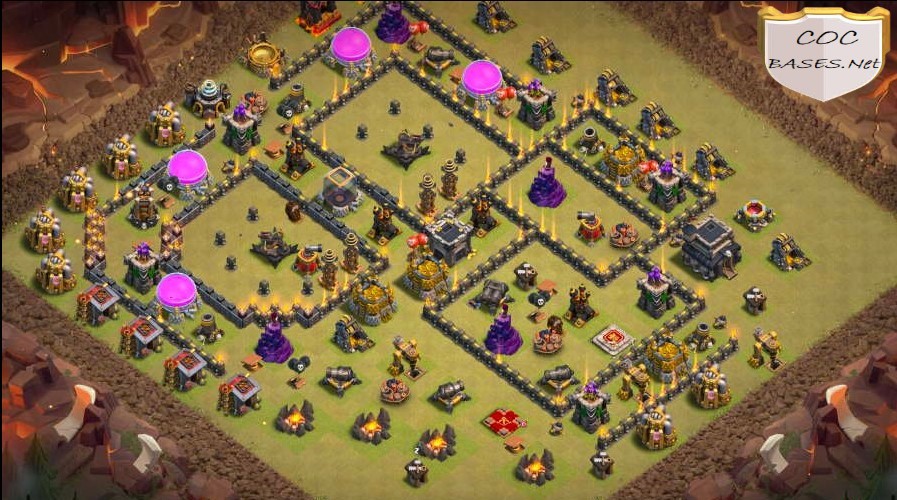 This is an advanced trophy base layout that is covering the whole area. The base is divided into different small sections surrounded by a hard wall. This base is unique and very hard for opponents to destroy your clan. The town hall is kept in the side section with archer queen alter and some amazing defense buildings. The resource towers are also placed inside the best th9 trophy bases. There are two extra layers that are outside the clan that keeps the clan more secure. 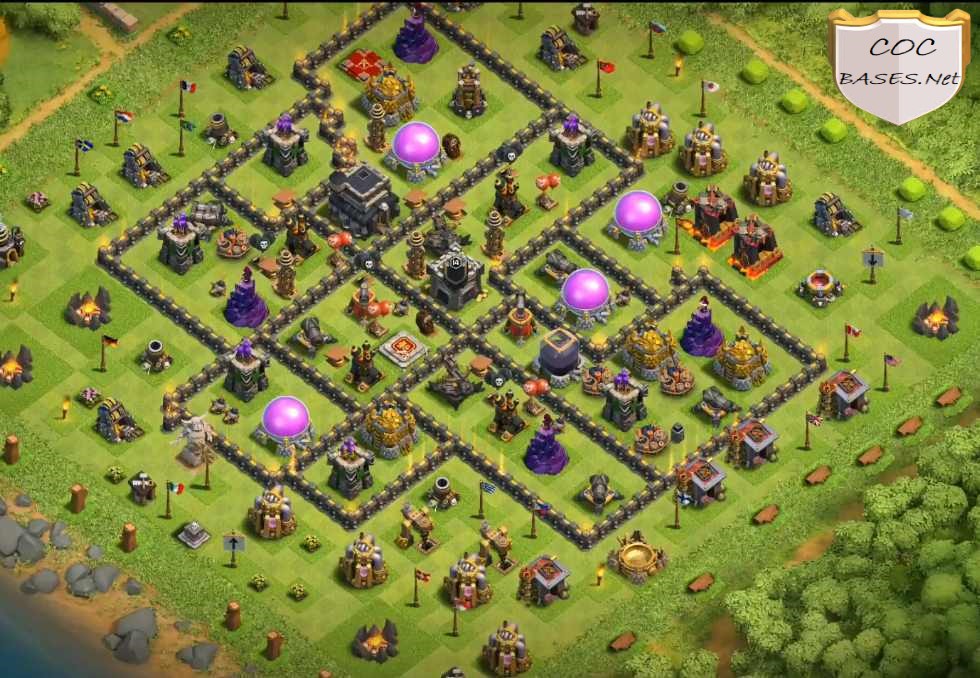 Anti Everything COC Base 2023 Copy Link 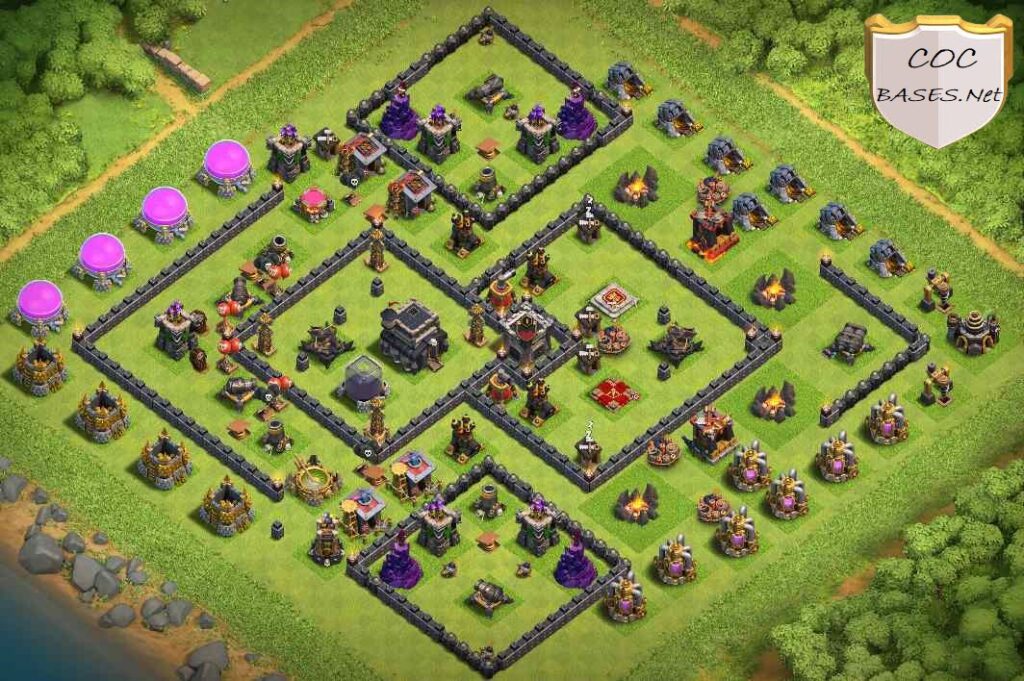 This base layout looks simplest but is very effective. There are only two compartments, which are outdated but in initial levels act as very effective for the game. The important resource towers and town hall are placed in the middle section for protection. As in best th9 trophy bases, more priority is given to the collection of trophies. If you have fewer buildings unlocked, then this base is best for your clan as the placement of the building is very great. And most importantly in this clan, fewer buildings are used. 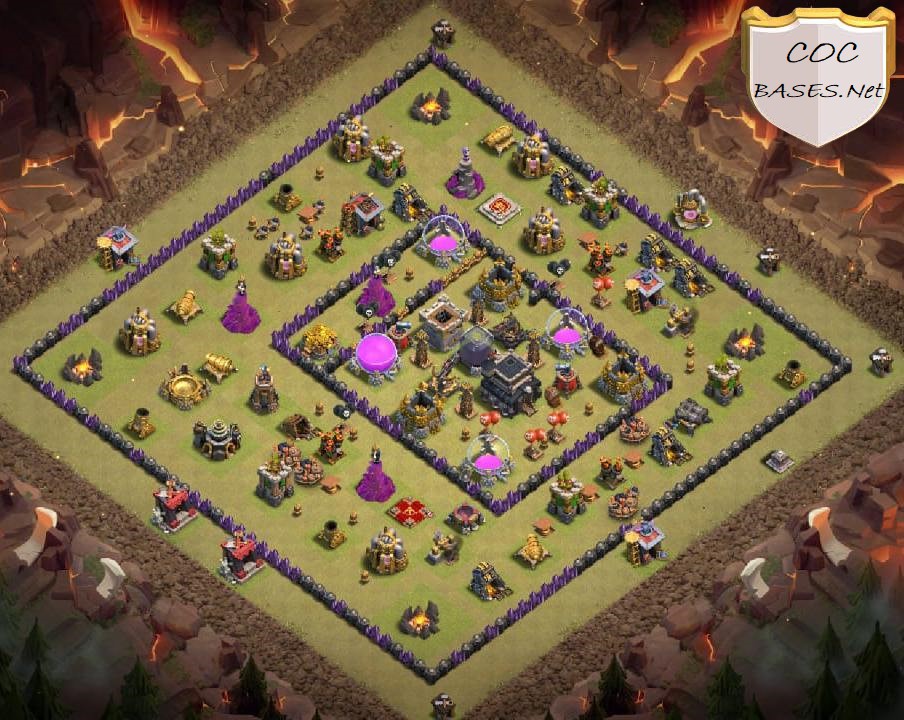 th9 farming base no xbows