Most people don’t like lower levels in the game clash of clans bases, but still, these levels are highly important. These levels consume less time to finish while the higher levels take much time and effort. The lower levels are very easy and simple but if we look the other way they are the practice level for being an expert at higher levels. Townhall 3 is also one of the lower levels and consists of fewer buildings. In the best th3 bases clash of clans, it is important to build your clan for attack rather than defending it. The first thing you have to work on is the security of your clan. Unlocking the wall is highly recommended as hard walls are needed to impede the enemies. 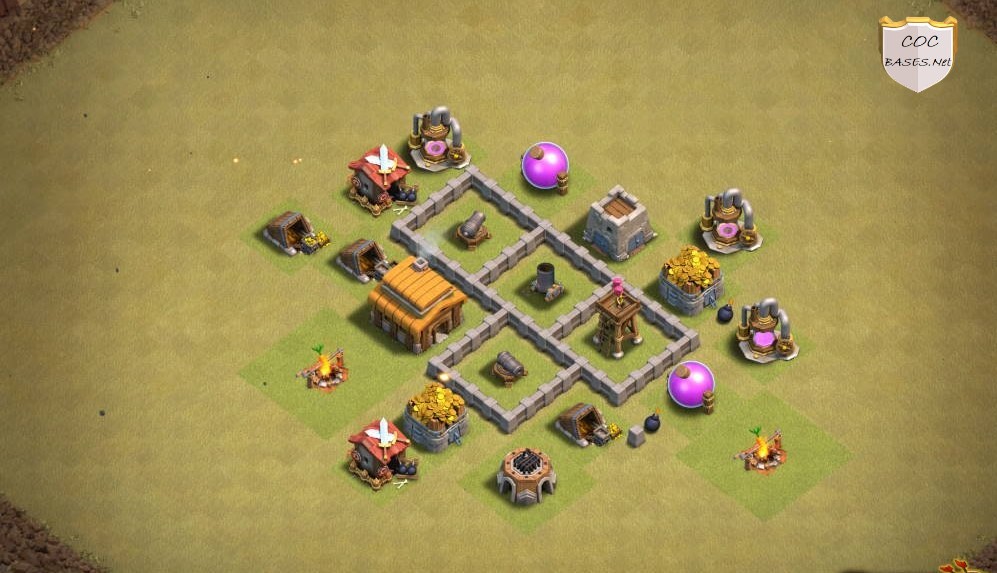 Some amazing layouts for town hall 3 base are mentioned here with some brief descriptions. The description makes it easy for players to design the same base without any difficulty. The first mentioned best th3 base is wonderful and amazing. The coc town hall 3 bases is not divided into a small segment, there is only one central compartment. The central compartment consists of resource towers, while the mortar is placed to protect them.

This is one of the best th3 farming base layouts, which stays with you for a longer time. The town hall is kept outside the boundary of the central compartment. Some of the amazing defense buildings and army towers are also placed outside the boundary to avoid the entrance of ground and air attackers. 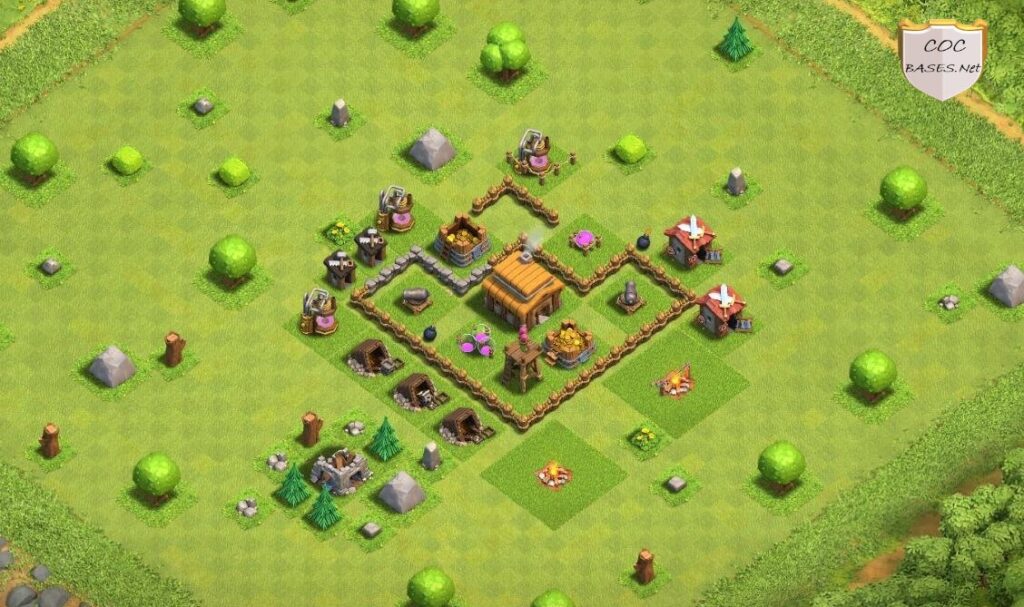 This is a highly recommended best th3 base that is highly secure and protected. The first thing a player wants while constructing his own base is the defense ratio of the base. When an opponent attacks a base they eventually lose to enter the base if the outer security of the base is strong. This best base layout is highly defensive as well as it is good for attacking. The base is not separated into different layers and segments as the ratio of wall available is less. 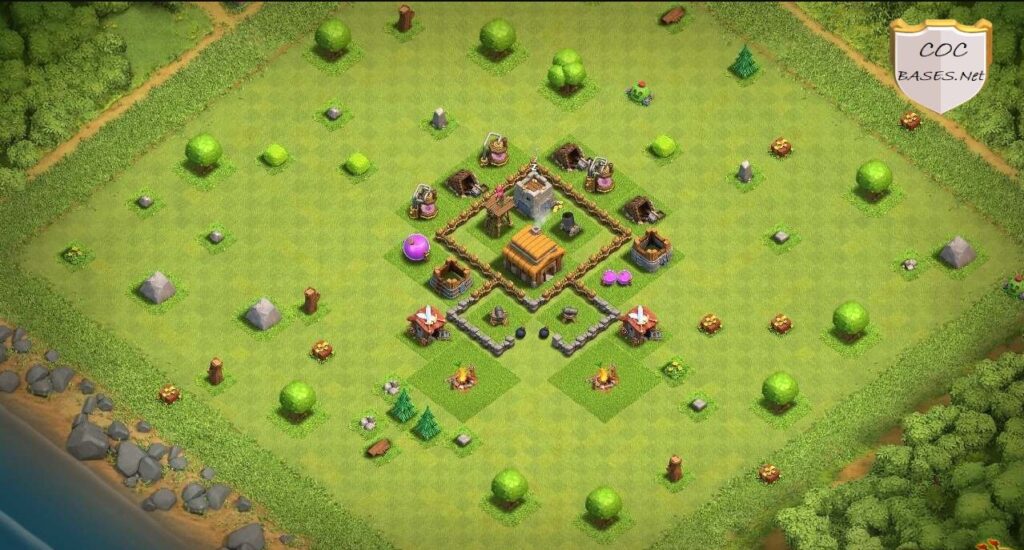 The inner section of the clan consists of a town hall in the center with resource towers, storage buildings, cannons, small bombs, and mortar surrounding it. This compartment is surrounded by a hard wall. Out the hard wall boundary, you can see barracks, army camps, laboratories, and many other amazing defense buildings. 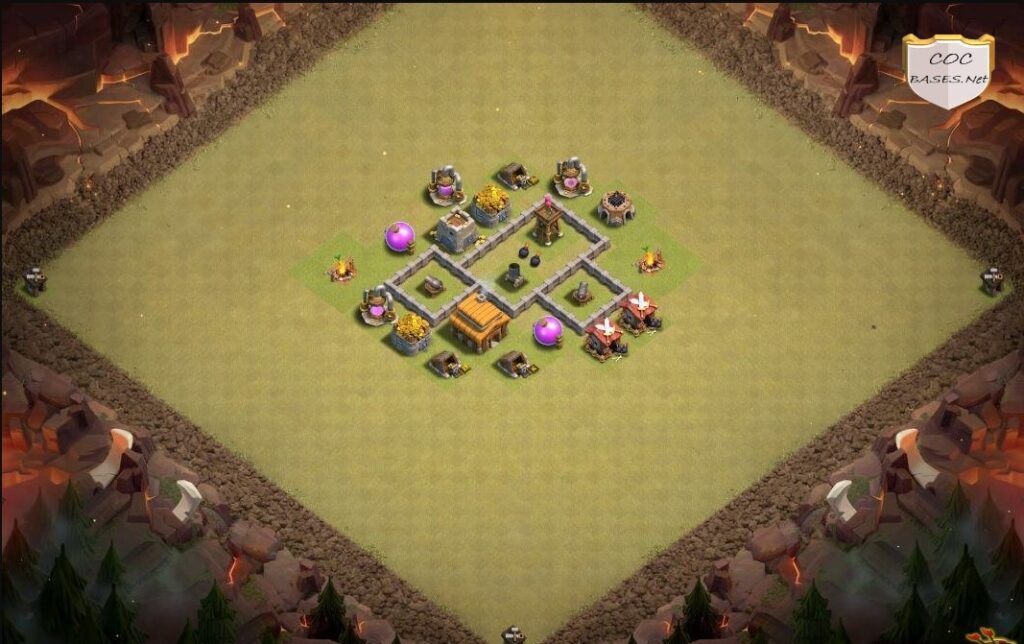 Whoa! This best th3 base is highly secure with a fewer number of buildings. The base is separated into small compartments, which consist of cannons and mortar to protect the clan from ground and air attackers. these compartments are surrounded by a hard wall. Outside this wall, there are many amazing buildings such as barracks, army camps, resource towers, storage buildings, etc. Each building is placed according to its specifications making it the best base layout. 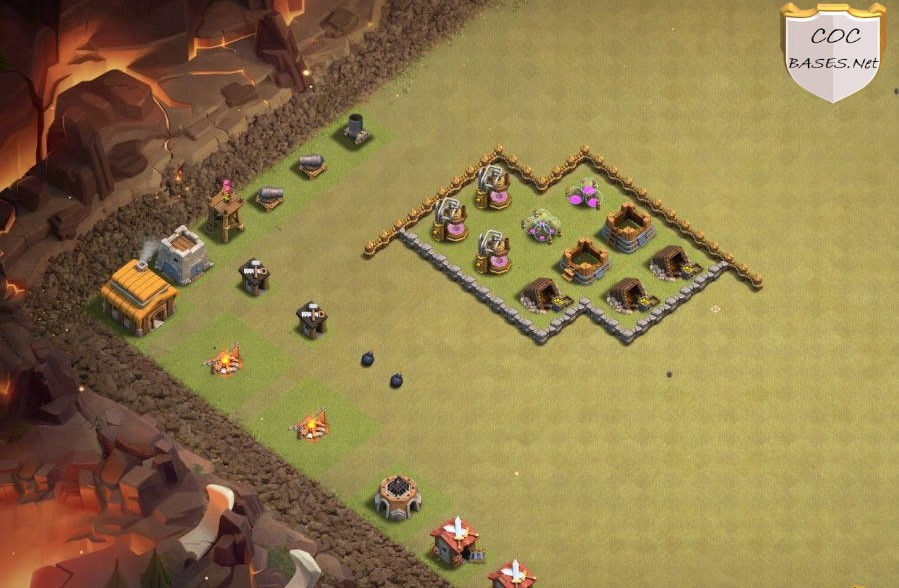 As we know that town hall 3 is also considered lower levels of clash of clan and fewer buildings are unlocked at this level. It is quite hard to make the most secure th3 base layout from fewer buildings. If you want the best th3 base, then here we have mentioned some best th3 base layout designs. These bases will help you to make the most protected base layout. The first base consists of one compartment surrounded by a hard wall. Half of the buildings are placed inside the clan while half are placed outside the clan, depending on their specifications. The town hall, clan castle, cannon, mortar, and hidden tesla are placed inside the clan. So to keep in the game for a longer period these buildings are kept in high security. 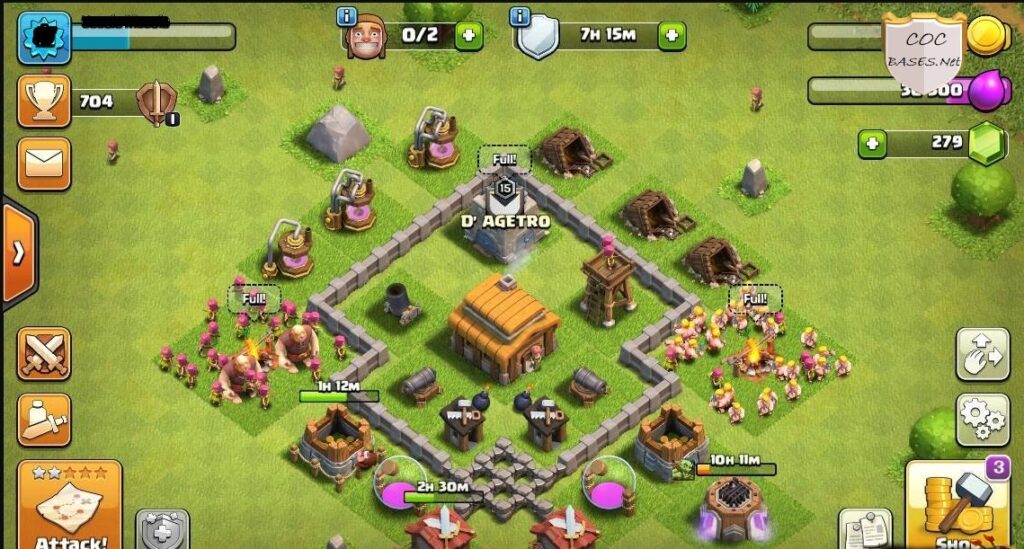 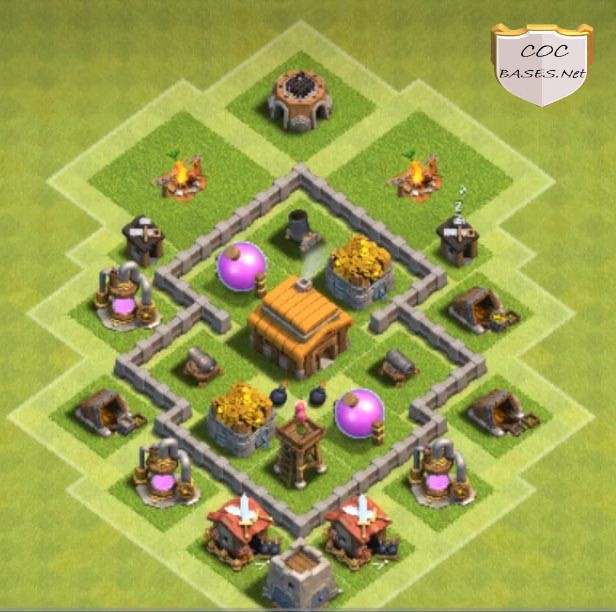 Clash of Clans Town Hall 3 Base

In this best th3 base layout you can see two small sections surrounded by the hard wall. In one section town hall is kept with clan castles, mortar, and hidden tesla. The other compartment consists of two cannons. Outside the section, there are many other amazing buildings. This is one of my favorite best th3 bases, which I usually recommend to my fellows. 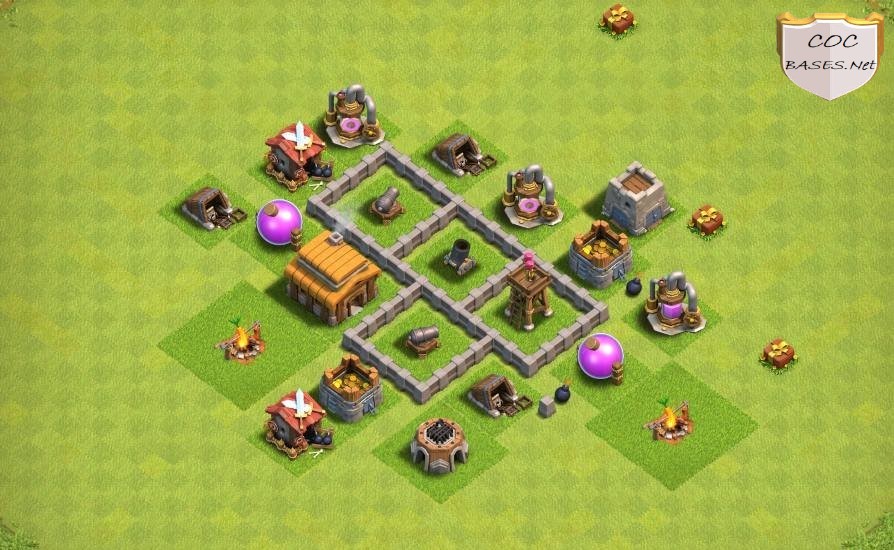 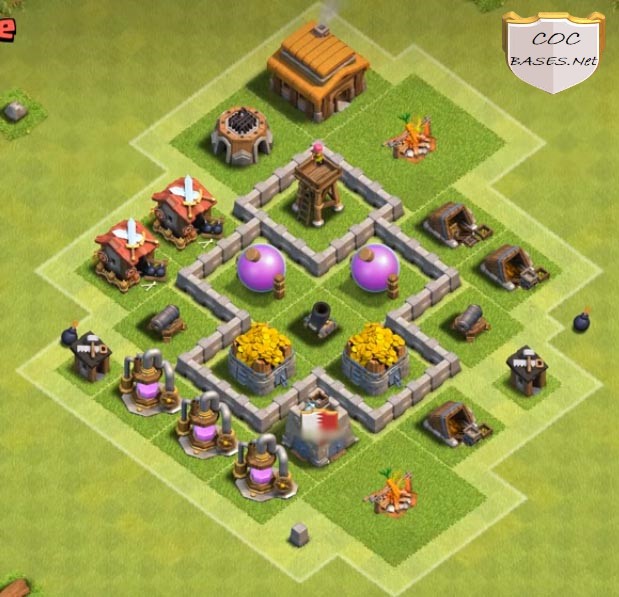 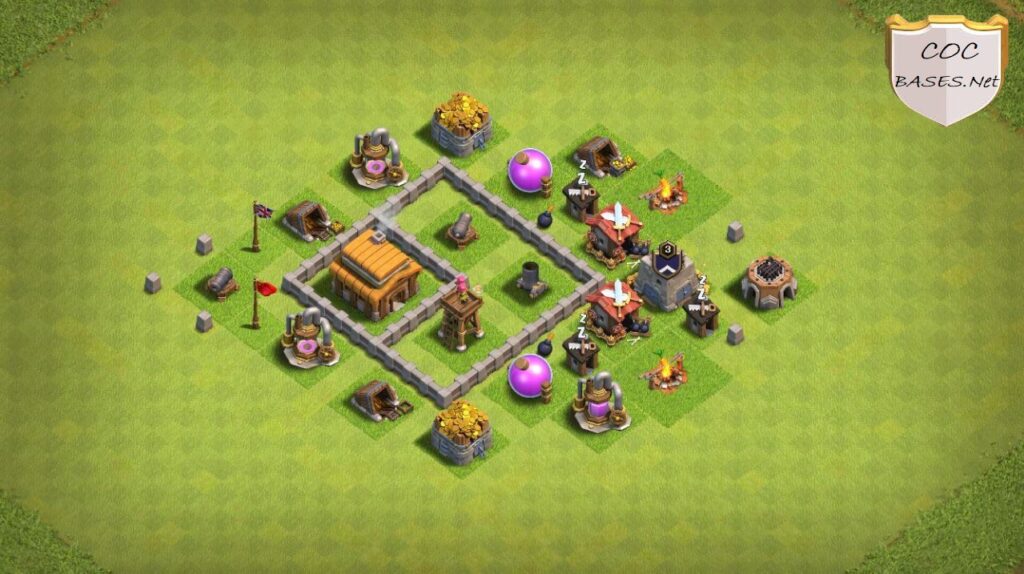