Welcome to the best th7 war base guide! This guide is the best that will help you overcome all the queries related to town hall 7. After doing great in town hall 1 to town hall 6, you will be quite prepared for the town hall 7 season challenge. The first thing that every player must do at the beginning of each level is to build new walls.

The war and th7 farming bases in town hall 7 are quite similar to that of town hall 6. I would suggest that instead of upgrading old buildings just buy new ones. Just think that if you have only one cannon to secure your town hall 7 base layout then you will upgrade it or buy a new one. It is completely the player’s choice but if you will upgrade your cannon then your base will be without defense for more than a couple of minutes/hours. 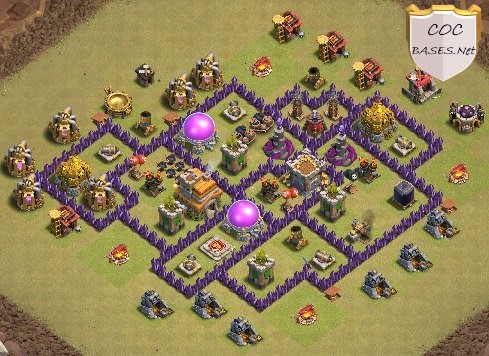 TH7 War Base Anti Everything

In Townhall 7, the first thing you prefer to unlock is the dark elixir, which acts as fuel for your champions. The first hero, which is the weakest of the three, unlocked is the Barbarian king. The barbarian king act as a really strong hero in the best th7 war bases. If you are an expert, then after unlocking the barbarian king feel free to rush ahead to town hall 8 bases.

As very few players are aware of the fact that th7 and th8 are only the training levels, the players are prepared for town hall 9 hero grind. In most of the level of clash of clan, the upgrade priority is given to the laboratory but in town hall 7 we will first upgrade the army camp. The army camp will instantly increase the strength of the army by 45% within one hour. To increase the training time of your troop, give second priority to the upgrading of the barrack. 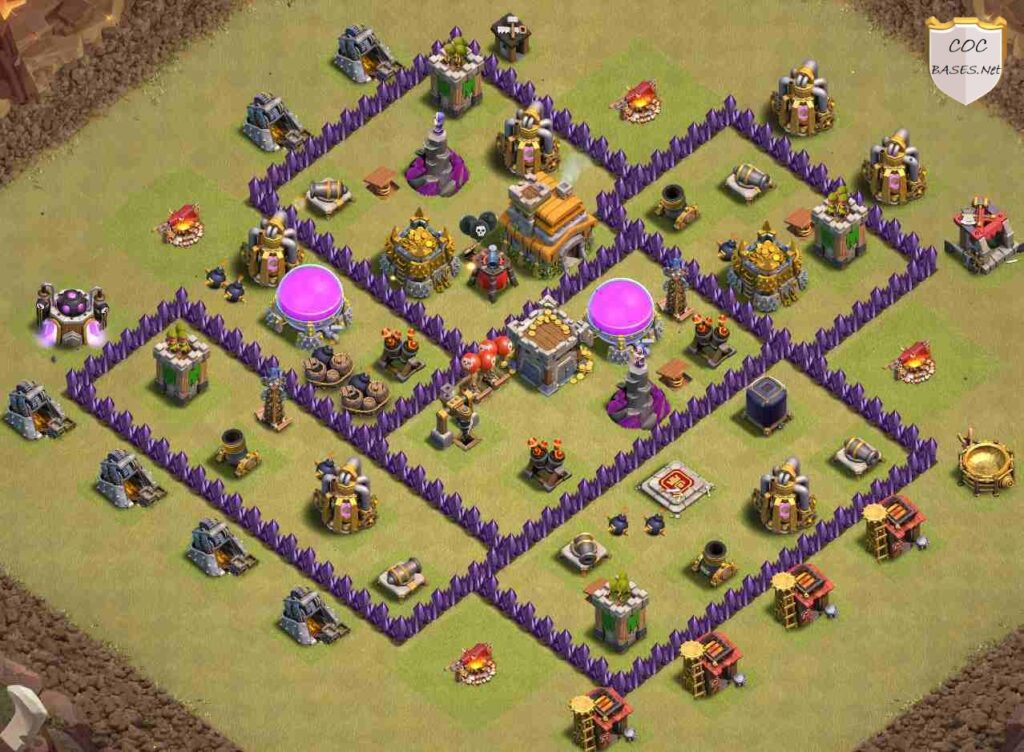 The war base of town hall 7 must be designed in such a way that it can act as both defending and attacking. in the war base layout. There is no worry of loot, in a war base, the resource and collector towers can be used as defense buildings. This best th7 war bases guide will help you learn the art of designing the best layouts for town hall 7 clash of clans base link. 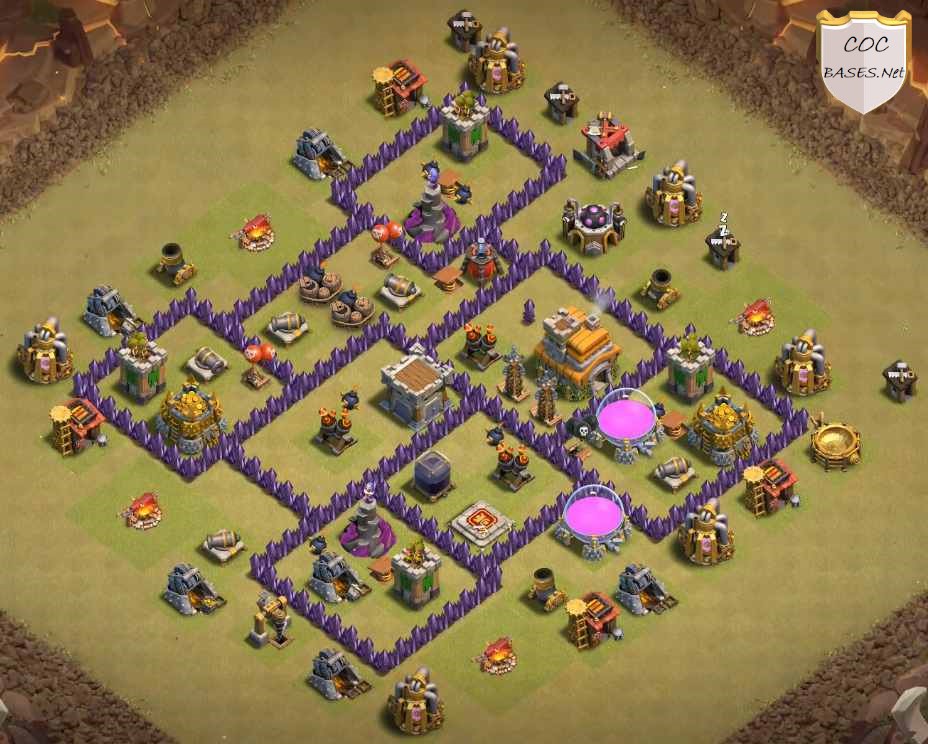 The best thing about the town hall 7 base layout is that they are quite simple and contain fewer buildings. If you want the best th7 war bases, the simplest strategy is to divide the base into small compartments. The small compartments will be surrounded by a layer of wall that will help to extra defend the village. Mostly in war bases design the town hall is kept in the central section of the base. But in this best base layout, it is kept in the side section and has been surrounded by some best defense towers. The clan tower is centralized with air-defense and cannon buildings. Outside the clan, there is an extra layer of defense and army buildings that will protect the clan from enemies. 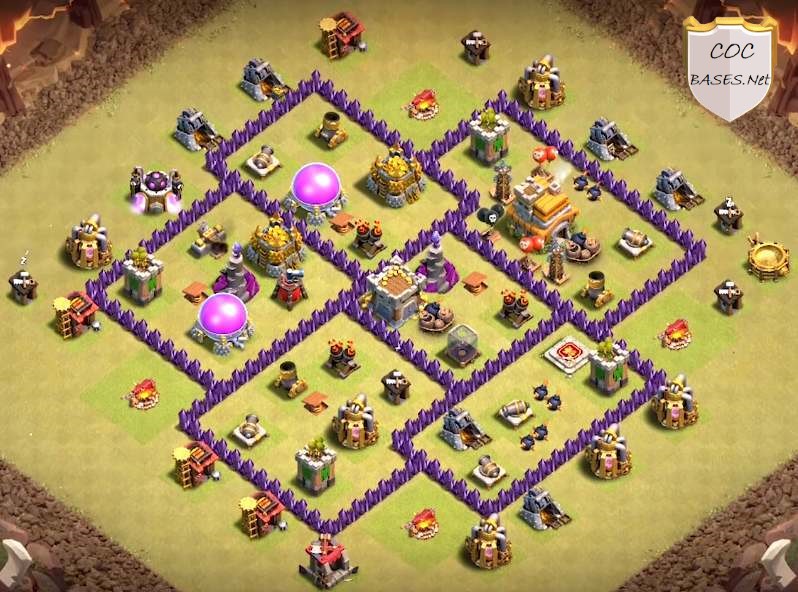 TH7 War Base without Barbarian King 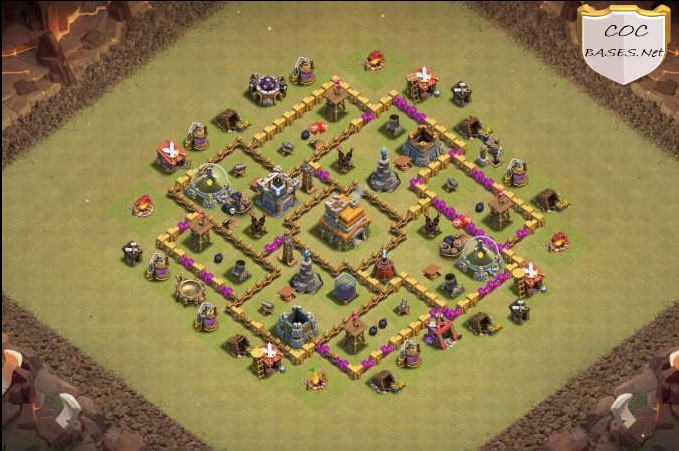 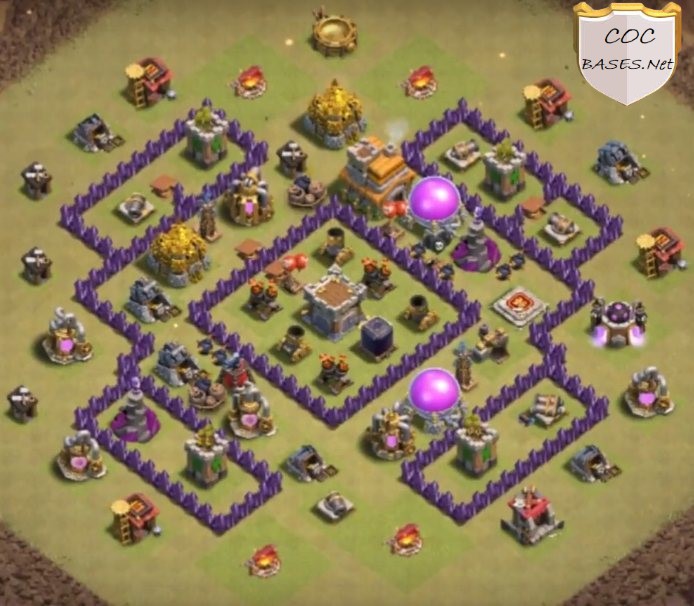 I always love the bases that are separated by small sections as they are the most protective ones. The small sections make it hard for opponents to enter and destroy the base. This is one of those best th7 war bases, as there are small sections and each section has a different combination of buildings. The town hall is kept in the side section with some amazing defense buildings. Most of the resource towers are kept in the different sections inside the clan. The barbarian king alter is also placed inside one of the compartments. There is an outer layer of army and defense buildings. 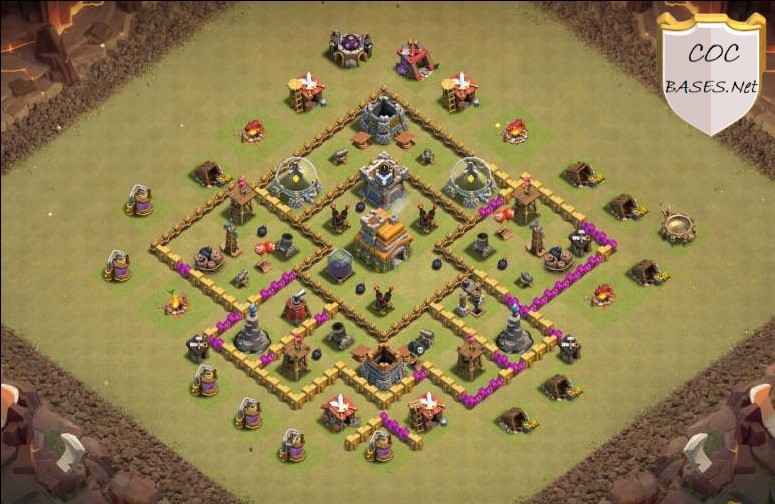 Here are the two best th7 war bases with amazing strategic design to keep enemies away from the clan. In the first base layout, the air defenses are well protected by the Storage. The hidden tesla is also placed in the base with deep dug into the core. This base layout design will provide attackers with two unique challenges if they are attacking from the ground. 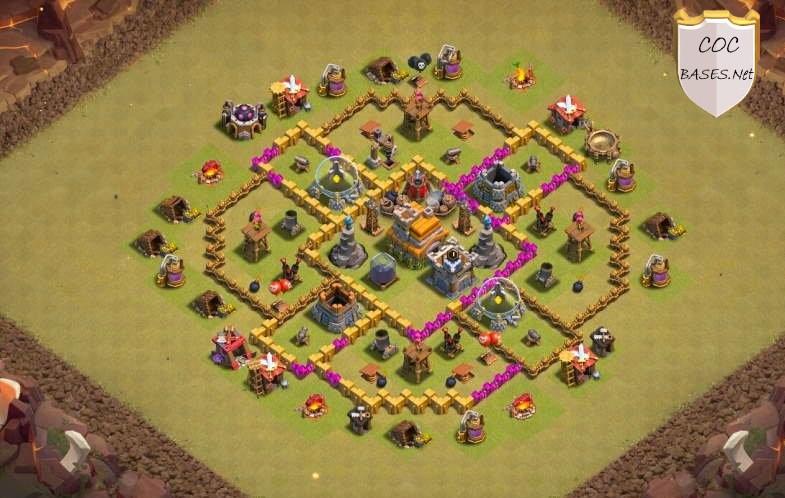 The base has five separate sections that force attackers through several separate maxed walls. The town hall is placed in one of the sections with cannon, mortar, and some resource towers. In this base, both town hall and resource buildings are kept in full protection of defense and army buildings. 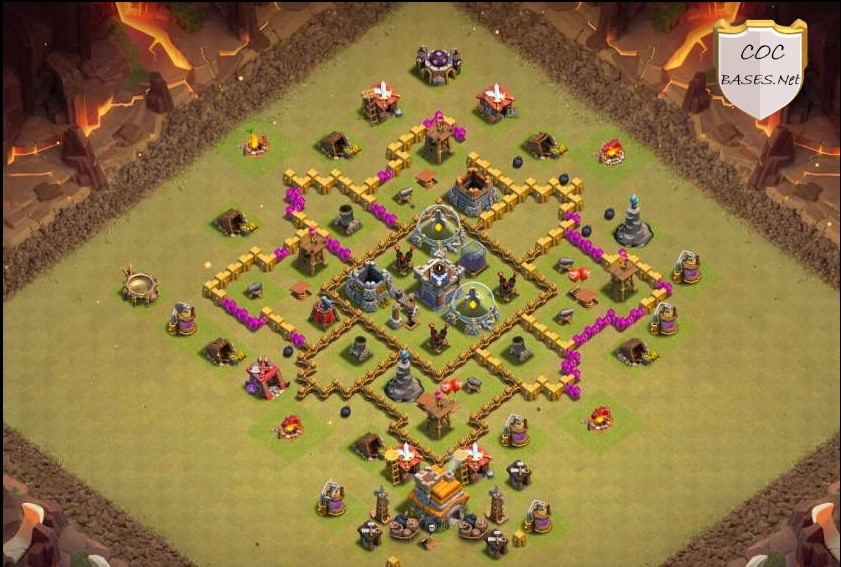 This best th7 war base is also very amazing and eye-catching as the clan is divided into many small compartments. Each compartment is surrounded by a maxed wall that keeps the attackers away from winning. The barbarian king alter is also unlocked and kept inside the clan as in town hall 7 it acts as a strong building for troop heroes. All the amazing defense buildings are placed outside the clan to protect it. 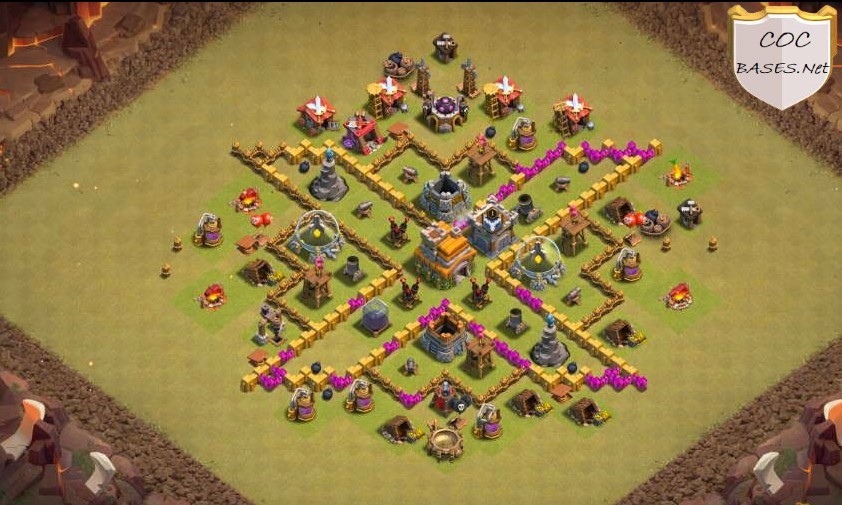 th7 farming base with barbarian king