The new TH11 Trophy Base Links clash of clan is out, as most of the players are tired of lava-based TH 10. The TH11 upgrade has brought some new adventures and exciting features. The two main features of the TH11 clash of the clan are Eagle artillery and Grand Warden, which are amazing to be placed in your clan. The new level has come up with new strategies for defending and attacking. At this stage, you must build your war and village base.

To make the best TH11 trophy base link, it is important to make sections of your village base. The key goal of the player in the TH11 trophy base is to gain trophies. At first, when you will start to develop your clan, you will be more aware of your mistakes, flaws, and room for improvement. The second thing that is much important is upgrading your buildings to be placed in the clan. The placement plays an important role in forming the best town hall 11 trophy base layout.

Here in this TH11 trophy base guide, you will get to know about all the basic strategies to build the most effective TH11 trophy base. If you are thinking to copy the base design from any guide, it is good. But building your clan with the best strategies and tips is the best to build.

If you are thinking to build a TH11 trophy base layout, you will give priority to gaining trophies as compared to storing resources. So, for the trophy base designs, the choice of the building is very much important. One best tip is to divide your clan into as many sections as you can, keeping in mind the total amount of walls. Pack your clan by builder’s hunt, army camps, and army huts, for the extra defense of your troop.

In this TH11 trophy base links, two different types of walls are used for securing the whole clan. The clan is divided into two separate sections and each section is further divided into different segments. In one section, the town hall is kept in the center, surrounded by a hard wall. Outside this segment, there are more small segments containing cannon, mortar, TH11 archer queen alter and barbarian king alters. In the second section, the eagle artillery is centralized with a layer of defense buildings. The whole clan is surrounded by heavy anti-defense towers. 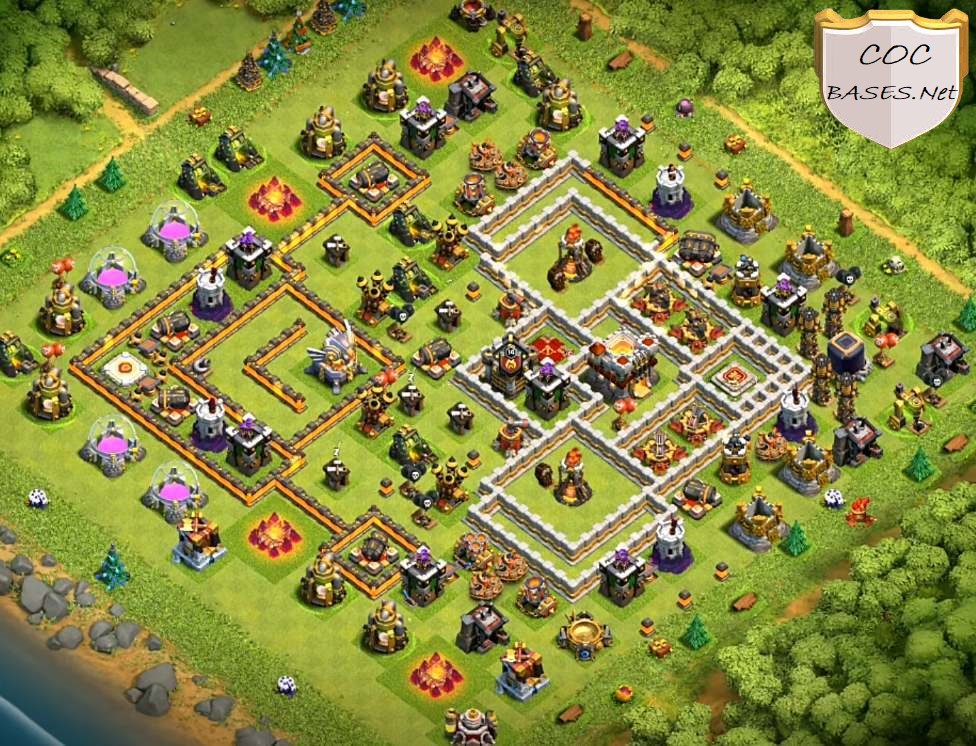 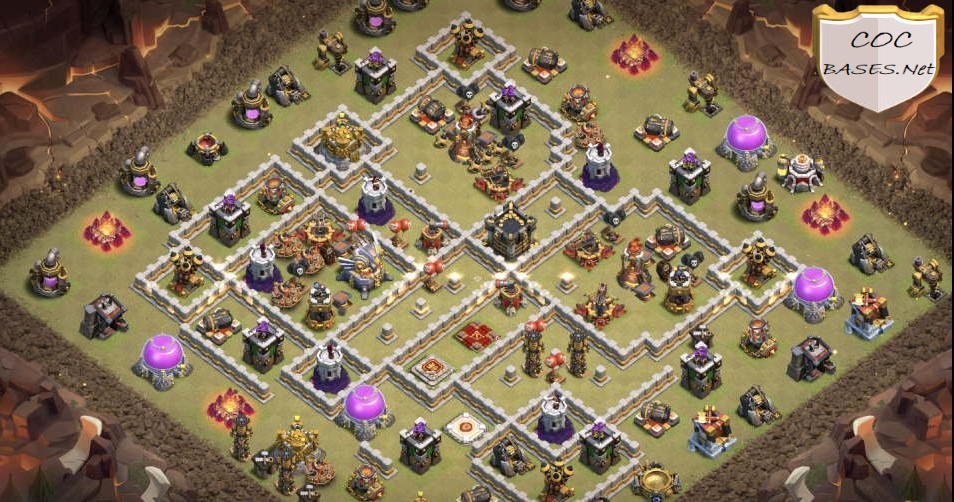 In this picture, you will see a TH11 trophy base with Town Hall in the center, surrounded by a hard wall. The clan is divided into different segments, each segment has a different type of defense towers, army buildings, resource towers, and other buildings. The resource buildings are mostly placed in the outer layer of the clan. The look of the whole clan is very creative and hard for attackers to break into the village. 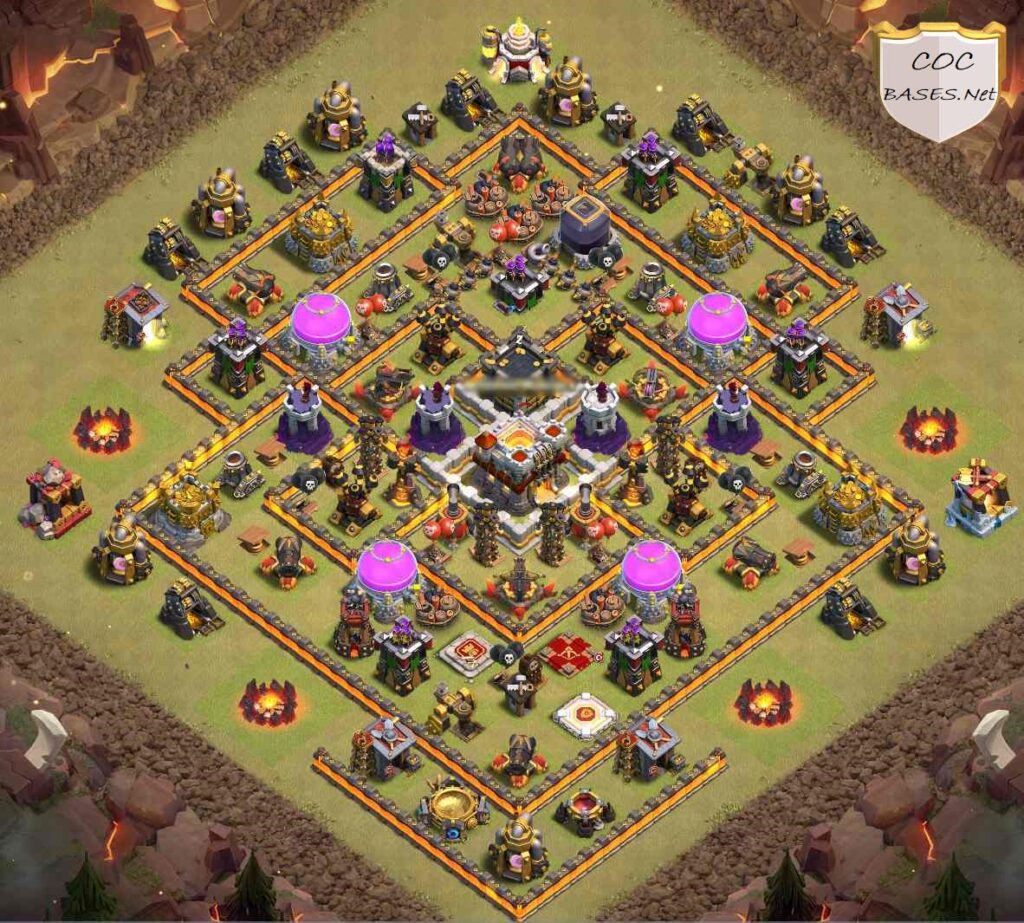 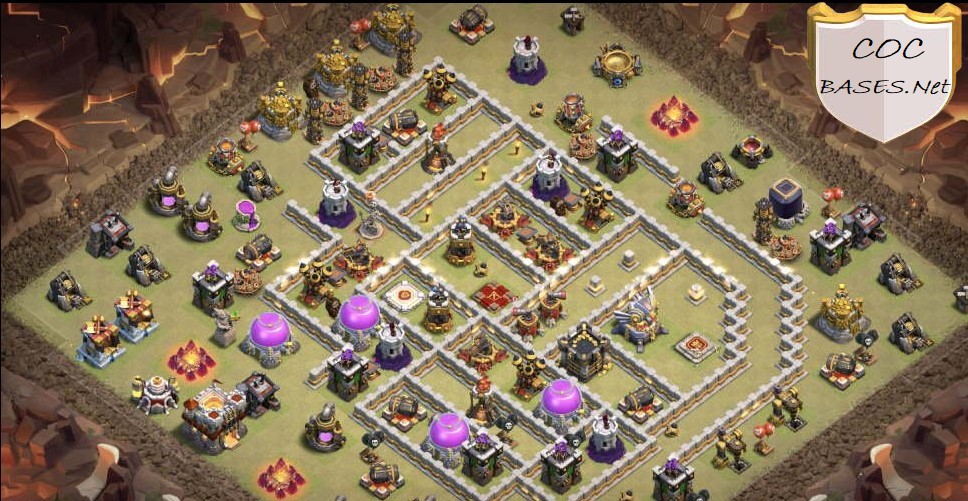 In this TH11 trophy base again two types of walls are used, which is an amazing strategy to make your base hard for attackers to win. The town hall is centralized and packed in a hard wall. The center is surrounded by defense buildings with TH11 archer queen alter and barbarian king alters. Outside the clan, there is a heavy TH11 anti-defense army that is placed for more protection of your clan. 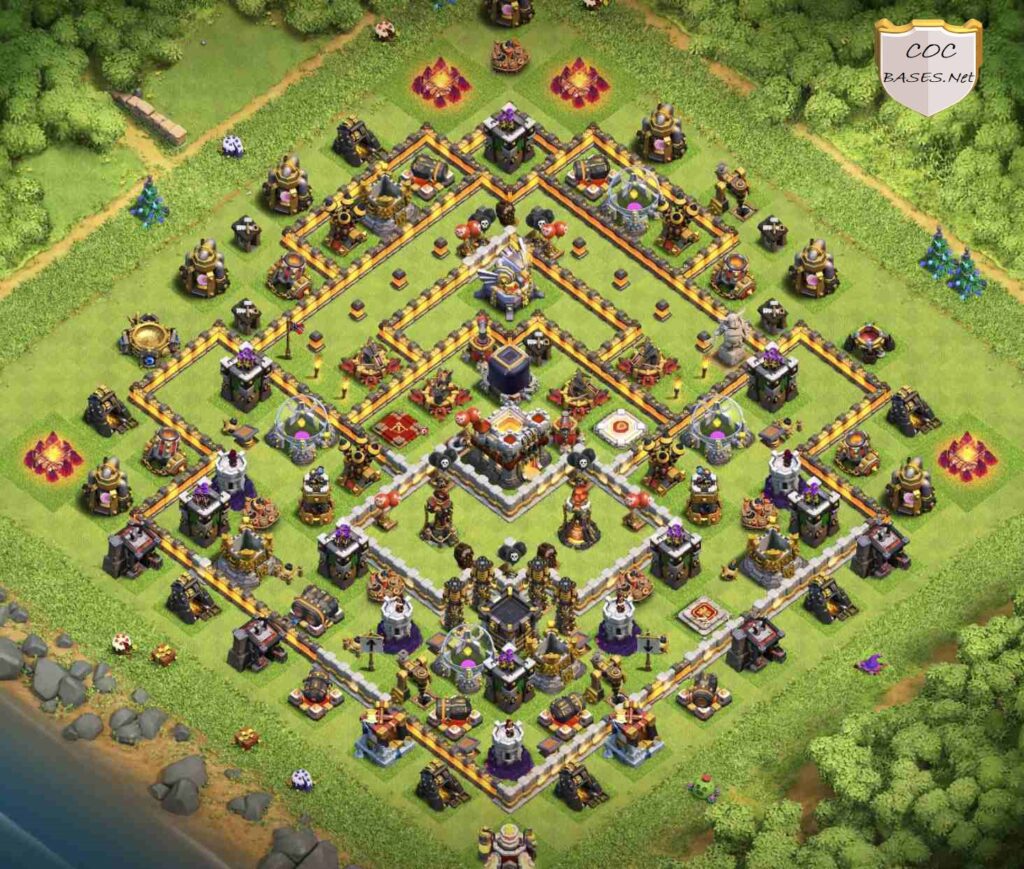 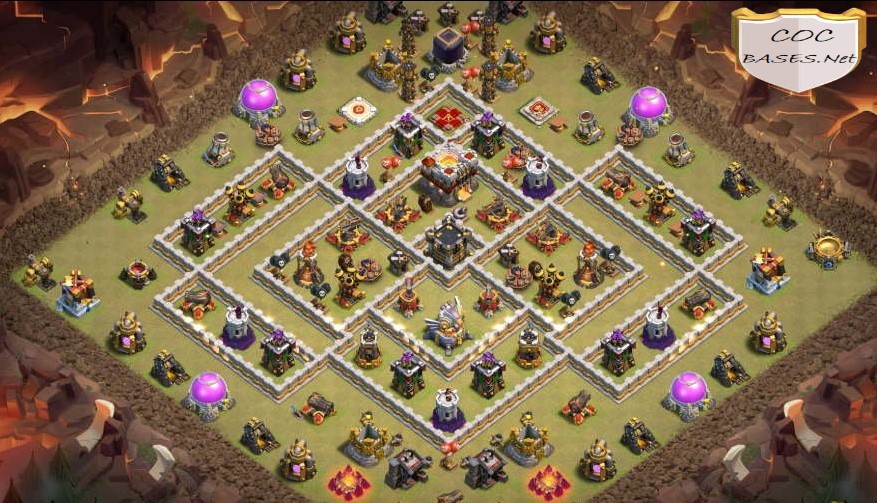 This is the simplest Town Hall 11 trophy base links, in which the base is divided into small layers and segments. The Townhall is placed in the center with many segments surrounding it. The segments contain TH11 air-defense towers, resource buildings, eagle artillery, cannon, and mortar. Mainly the resource towers are placed outside the clan. 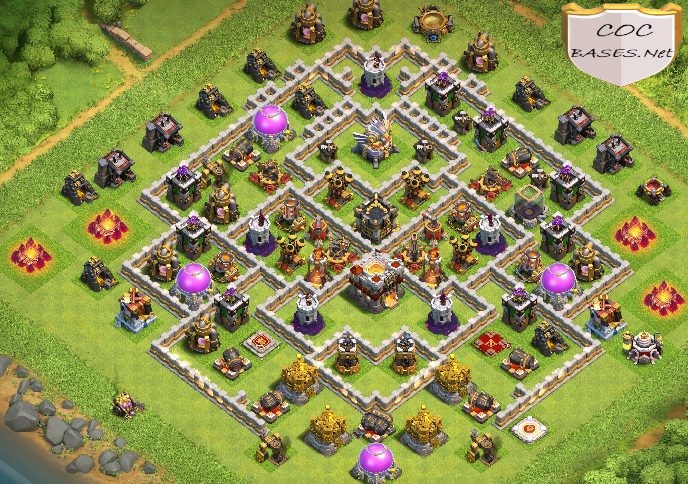 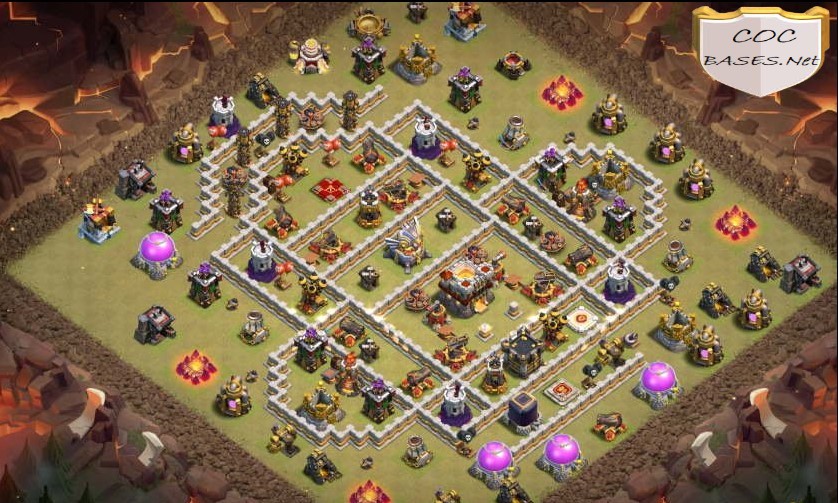 Townhall 11 Base Anti Everything

This is an unbeatable Town Hall 11 trophy base, that contains a specific type of defense building for the protection of the village. The main purpose of the trophy base is to gain trophies but it is also important to save the town hall and resources. Town hall 11 is centralized with one side covered with eagle artillery for protection. The resource towers are distributed equally in the Town Hall 11 trophy base link & placed in such a manner that they will remain safe. 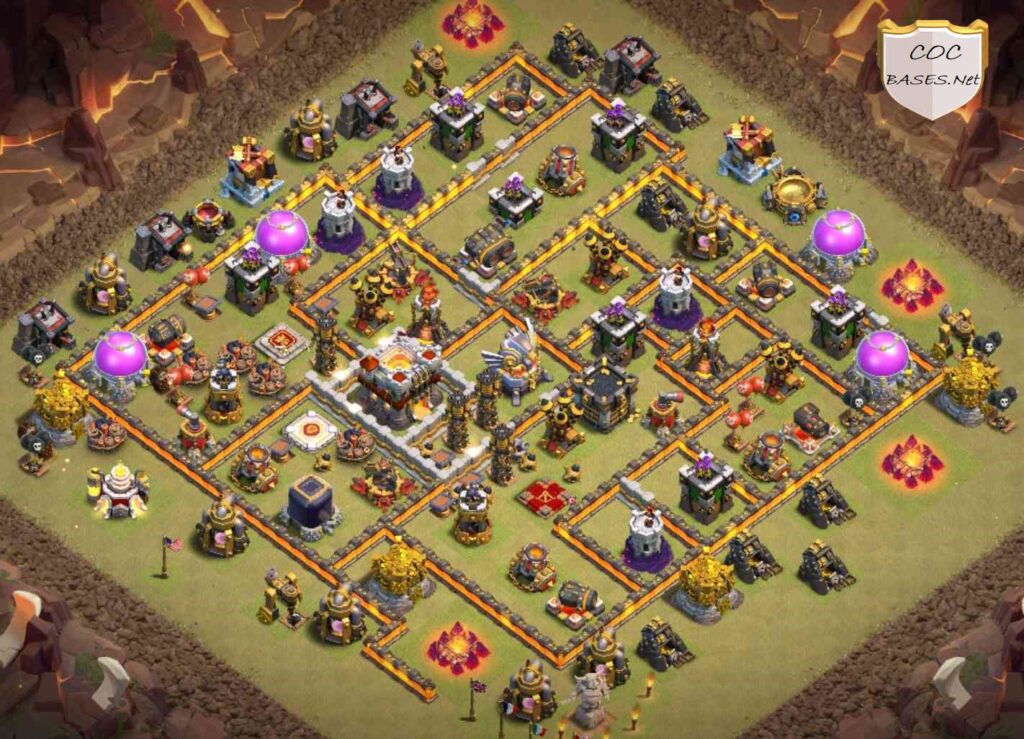 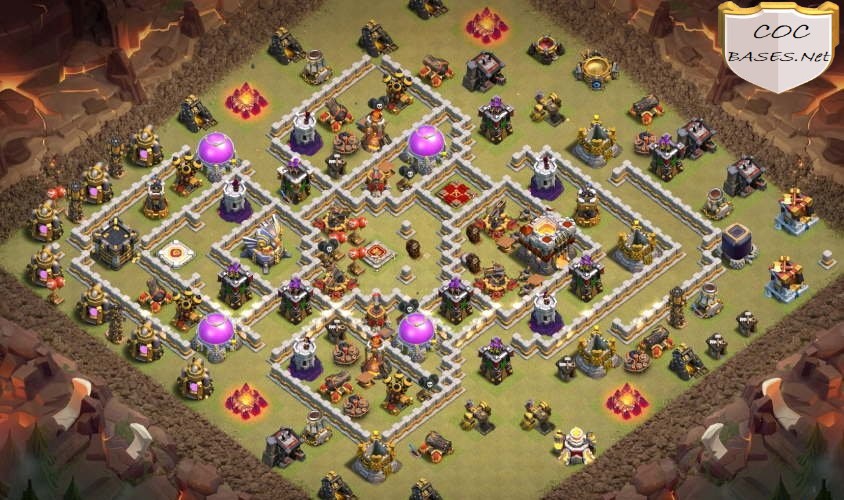 I hope this best TH11 trophy base links guide will be very helpful for you, and that you have chosen the best one for yourself.

th11 base without eagle artillery

th11 war base without eagle artillery